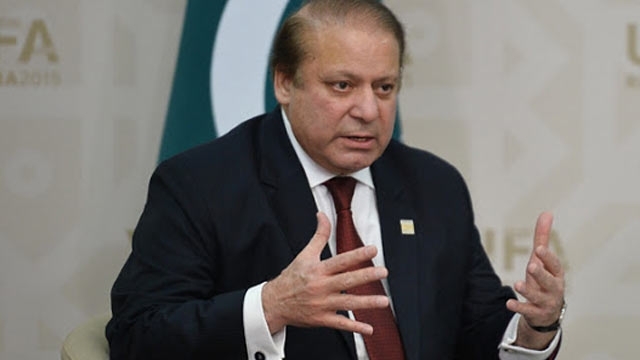 A statement issued by Pakistan's mission to the UN on July 19 Kashmir%E2%80%94Sharif-.html" target="_blank">said Lodhi also forwarded letters written by Adviser to the Prime Minister on Foreign Affairs, Sartaj Aziz to the UN Secretary-General and the President of the Security Council expressing "Pakistan's serious concern at the alarming situation" in Kashmir and "drawing attention to the brutal killings of innocent civilians and grave violations of the fundamental human rights of the Kashmiris by the Indian occupation forces".

Newspaper publishers and editors in Kashmir today decided not to come out with their publications for the fifth day tomorrow, alleging that the PDP-BJP government was not speaking in one voice and not owning up the "press emergency" imposed by it.

But apparently caught on the back foot as the arbitrary decision to gag the media evoked widespread criticism across the country and also by media watchdog organisations overseas, Chief Minister's advisor Amitabh Mattoo stated in Srinagar on Monday evening that there is no ban as such on publication of newspapers in the Valley.

"The Indian government should immediately lift its ban on newspaper operations and restore the free flow of information", Steven Butler, CPJ's Asia programme coordinator, said in a statement on Monday.

Pakistan says it provides political, moral and diplomatic support to Kashmiris and anti-India rebels who demand Kashmir's independence from India or merger with Pakistan.

"Sometimes decisions taken at a local level are not something the highest authority approves of".

The minister, Naeem Akhtar - a former bureaucrat who is the education minister - had also explained on record why the newspapers were banned from publishing their print editions.

The newspaper owners claimed that police raided their printing facilities and seized newspapers, plates and even detained the printing staff last week. "We will take action once the crisis is over", he told New Delhi-based NDTV news channel late Monday.

Asserting that Kashmir is a distant dream for Pakistan which will never get fulfilled, Union Information and Broadcasting Minister M. Venkaiah Naidu on Wednesday said that Islamabad should forget about Kashmir as it is an integral part of India.

The clashes have killed at least 46 people, mostly teens and young men, and a policeman since July 9.

Separatist leaders have extended their strike call until Thursday afternoon followed by a shutdown and protests on Friday.

Srinagar-Kashmiris on both sides of the Line of Control and across the world observed the Accession to Pakistan Day, Tuesday, with a renewed pledge to continue the struggle for freedom from Indian occupation and complete merger of Jammu and Kashmir into Pakistan.

More than 70,000 people have reportedly been killed in the conflict so far, majority in Indian Armed force's counter-insurgency operations.