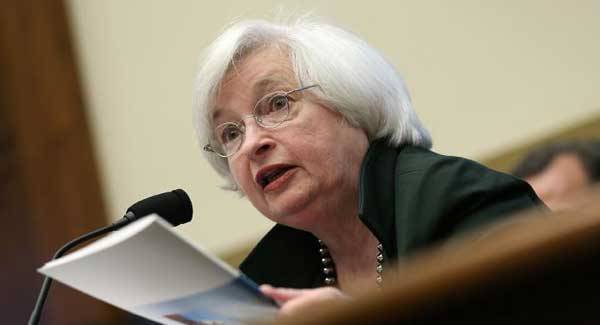 Goldman Sachs Group Inc. has agreed to pay $36.3 million to settle allegations by the Federal Reserve that it obtained and used confidential regulatory materials from the central bank two years ago. The Board's order requires Goldman Sachs to put in place an enhanced program to ensure compliance with Board regulations concerning the receipt, use, and dissemination of confidential supervisory information.

The Fed charges stated that "a Firm employee engaged in the criminal theft of confidential supervisory information of the Board of Governors and other banking regulators", taking this information and disseminating it among numerous employees and potential clients.

Both Mr Jiampietro and Mr Bansal were sacked after another colleague reported the incident to the compliance department. The documents were subsequently used to advise bank clients.

"We're pleased to have resolved this matter".

"Upon discovering that Rohit Bansal had improperly obtained information from his former employer, the Federal Reserve Bank of NY, we immediately notified regulators, including the Federal Reserve", Michael DuVally, a Goldman Sachs spokesman, said in a statement Wednesday. It is illegal to use or disclose confidential supervisory information without prior approval of the appropriate banking regulator. It also said it reviewed and strengthened its policies after Bansal was sacked.

The Fed also accused Goldman of not having proper policies and procedures in place since 2012 to comply with laws that prohibit the disclosure of confidential documents.

"The Board expects all firms, including Goldman Sachs, to comply with all US laws, rules, and regulations", the central bank said in a statement announcing the actions.

Donald Trump's RNC speech leaked ahead of Thursday night appearance
He was barred from a post-speech reception by mega-donor Sheldon Adelson, according to various news reports. Mary Taylor, whom he praised for working with him on hard issues such as opioid abuse. 8/03/2016

Hillary Clinton is "the devil" : Donald Trump
He took this further last night at a rally in Pennsylvania, blasting Mr Sanders for coming out in support of Mrs Clinton. On the campaign stump, Donald Trump has opened August by moving from "Crooked Hillary" to "the devil". 8/03/2016

Senate Republicans on the spot over Trump comments on Khan
In a statement, McCain said Trump's disparaging of a fallen soldier's parents was against the views of the Republican party. For moderate Republicans and independent voters, however, the upcoming months will be pivotal if Trump plans to woo them. 8/03/2016

Rolando McClain has codeine addiction
Team owner Jerry Jones said he was "disappointed" with McClain but wouldn't go as far as to say he would release the linebacker. McClain, who missed the first four games last season because of a suspension, is in Stage 3 of the substance abuse program. 8/03/2016

Rooney expects 'rejuvenated' Man Utd to challenge for PL glory
He said in a post-game press conference that the Lions' gameplay in the first half was what he expected to see in future games. Given his thumbs up on the signing Rooney is not developing an understanding on the pitch with the confident Swede. 8/03/2016