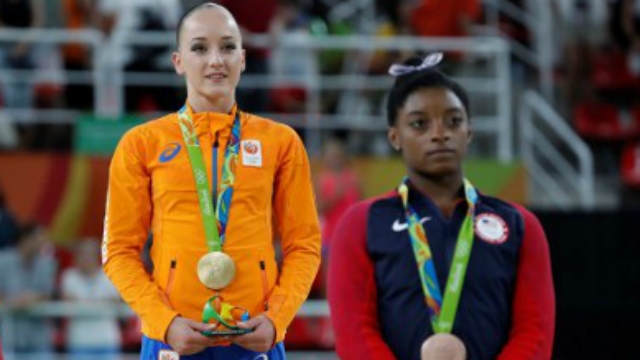 Algonquin's Evan Jager is bringing back some hardware from Rio.

Evan Jager won the silver medal in the men's 3,000-meter steeplechase Wednesday afternoon at Rio's Olympic Stadium, giving the US its first medal in the event since Brian Diemer's bronze at the Los Angeles 1984 Olympic Games.

Jager's time surpassed the previous Olympic record in the event but was a full second behind that of Kenya's Conseslus Kipruto, who took gold.

Updated | Kenyan double Olympic champion Ezekiel Kemboi announced his retirement on a relative high Wednesday-before he was stripped of a bronze medal for a lane infringement and then withdrew his retirement.

The Kenyan athlete finished third at the Olympic Games in Rio behind compatriot Conseslus Kipruto and America's Evan Jager.

The Somali-born British runner was tripped in the 10,000 on Saturday but still recovered to win his second Olympic gold over that distance.

Coming to the bell lap, Kipruto and Kemboi pulled away from Jager and led the way to the final water jump.

While Kipruot broke the Olympic record to win gold in 8:03.28, marking his country's ninth consecutive Olympic victory, Jager's second-place finish one second behind Kipruto at 8:04.28 was noteworthy for more than a silver medal.

"He already told me to take over the steeple so I am so happy for that, " he said of Kemboi. "I know how dominant Kenya has been the last 20 or 30 years". "I don't know if it has hit me yet". But he disappointed himself with a sixth-place finish in the 2015 World Outdoor Championships.

"I think we've all known for a while Evan has been on the level to do it", said USA steepler Donn Cabral, who finished ninth.

France enjoyed early success, too, as they won gold ahead of the United States in the team jumping event. Promising to work hard to maintain Kenya's hugely impressive record in the event, the young champion said: "I'm ready to take up the mantle".