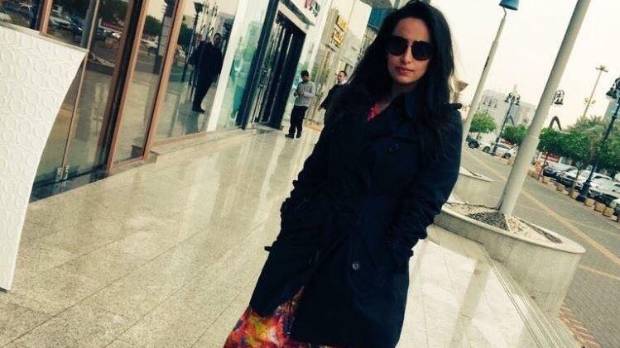 On Monday, police in the country's capital of Riyadh said they had arrested the woman, who is accused of "violations of general morals", a spokesman, Fawaz al-Maiman said, AFP reported.

She had triggered a huge backlash on the social media after posing for a picture without hijab in a main Riyadh street last month.

The Post reported that police have not revealed her name and that many websites have identified her as Malak al-Shehri.

He spokesperson also said that in addition to violating the dress code Malak is also facing charges for indulging in relationships outside her family with non-related men.

"Riyadh police stress that the action of this woman violates the laws applied in this country", Maiman said.

All women in Saudi, even those who immigrate from other countries, are mandatorily asked to cover from head to toe when going out in public.

Due to the vehement criticism generated by her post, Malak made a decision to delete it and she also deleted her Twitter page.

In addition to her arrest, the courageous woman also faces lashing, according to multiple reports, which is generally broken up into weekly bouts of 20-30 floggings based on specific guidelines.

Another said: "We want blood".

All women in Saudi Arabia - local and foreign - are legally required to wear an abaya - which is a traditional full-body covering.

Once the news of her arrest was released, some tweeted in approval of the authorities' actions. Others, though, responded with messages of support.

Saudi Arabia is one of the very few countries that has imposed medieval-like restrictions on women and is also the only country in the world to prevent women from getting a driving license. While women were granted the right to vote in last year's municipal elections, laws still bar them from driving and require that they obtain permission from either their husbands or male relatives in order to obtain a passport, travel, or marry.

"It's time for women to drive", reports The Guardian.

FAU Owls hire Alabama Crimson Tide's OC Lane Kiffin as head coach
At FAU, he inherits a program that has won 15 games in the last four years and has never received a single vote in the AP poll . He coached the NFL's Oakland Raiders for less than two seasons before he was sacked four games into the 2008 season. 12/14/2016

Racing world mourns jockey Swinburn
Swinburn subsequently saddled over 250 winners as a trainer before handing in his licence five years ago. There was a vulnerability, but that maybe comes when you have as much talent as he did'. 12/14/2016

Google rebrands its Android Keyboard app to Gboard
Gboard comes with support for multiple languages and users can choose up to three active languages with preference for one. Oddly enough Google seemed to have only launched it for iOS devices and not Android, but that has since changed. 12/14/2016

Criticism for goal drought did not hurt Vardy confidence
It's tough for us. "Without the ball, we are a disastrous team, a awful team, so we need the ball", said Pep Guardiola. Everyone is entitled to their own opinion, I'm not going to read anything to it and that's up to them what they say. 12/14/2016

Mkhitaryan scores, gets hurt as Man United beats Spurs 1-0
Speaking on Monday about the incident, Mourinho said he had feared a lengthy absence was likely as it looked a serious injury. And the pace and quick thinking he showed for his goal was something United has been lacking. 12/14/2016