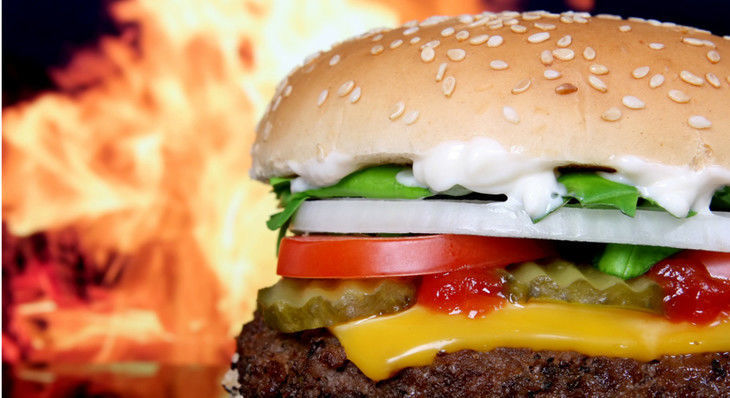 The researchers have also tried to reach out to the fast food chains from where the packaging samples came from. One is that every fast-food chain where we tested more than six samples, all the major ones, had at least one that tested positive for fluorine on its paper products. They also found PFASs in 38% of sandwich wrappers, including burger packaging, and 20% of paperboard.

"We know that some PFASs can stay in our bodies for days, weeks, even as long as years, so our bodies accumulate these chemicals over long periods of time from many different sources".

One study author, Laurel Schaider, tells CNN that people trying to reduce their exposure do have "some steps" at their disposal.

Although major US manufacturers have agreed to phase out long-chain PFASs in consumer products, other countries still produce them, and many companies have been replacing them with shorter-chain PFAS compounds, some of which were detected in the study. These same chemicals are found in stain-resistant products, firefighter materials and nonstick cookware.

The results come at a time when about one-third of US children consume fast food daily, according to the National Center for Health Statistics.

"These fast food companies need to look at their supply chains".

Peaslee used a novel specialized method called particle-induced gamma-ray emission (PIGE) spectroscopy, which he developed to analyze the total fluorine content of each piece of packaging.

They found that one-third of all samples tested contained detectable amounts of fluorine, which is a marker for PFASs.

The World Health Organization deems PFOA a possible carcinogen, and the U.S. National Toxicology Program considers PFOA and PFOS likely toxic to developing immune systems. However, these chemicals are still manufactured in other parts of the world and may find their way into current packaging via recycled paper, the authors noted.

There is particular concern regarding the long-term effects of these chemicals on children, said a chemical exposure specialist who wasn't involved in the study.

PFOA refuses to break down, even at high temperatures, making it really hard to get rid of. According to the Environmental Working Group, some moisturizers and sunscreens contain PFASs.

FDA spokeswoman Megan McSeveney said the agency has "carefully reviewed the available science" on the short-chain compounds and hasn't identified any safety concerns. The research team hopes that their findings will encourage fast food chains to consider nontoxic food packaging. Burger King reportedly phased out the use of fluorinated chemicals in its packaging in 2002. Liquid chromatography/high-resolution mass spectrometry analysis of a subset of 20 samples found perfluorocarboxylates, perfluorosulfonates, and other known PFASs and/or unidentified polyfluorinated compounds (based on nontargeted analysis). "But it's hard for a consumer to choose food packaging that doesn't have fluorinated chemicals". They say there are plenty of materials that don't contain fluorine that can be used to package fast food. The USDA no longer allows either compound in food packaging, but still permits the use of more than 90 "short-chain" PFCs.

Microsoft and Amazon Are Teaming Up to Fight Trump's Muslim Ban
Those arguments are also being used in other lawsuits filed over the weekend on behalf of individuals detained at U.S. airports. One is a citizen of Sudan and the other a citizen of Yemen, both countries named in Mr Trump's order. 2/03/2017

USA may export more oil in 2017 than four OPEC nations produce
According to the Energy Information administration, US crude stockpiles are now sitting at 494.76 barrels. Most analysts now believe that OPEC has met around 80% of its commitment in the first month of the deal. 2/03/2017

Betsy DeVos Nomination in Some Trouble as Collins, Murkowski Bail
But Senate Democrats have repeatedly requested the vote be delayed so they can hold additional hearings with DeVos. Spicer's comment comes after two Republican Senators, Sens. 2/02/2017

The secret pride of New Zealand citizen Peter Thiel
According to his application, Thiel cited "the wide global network I have cultivated" as providing a "great value to New Zealand". Documents set out his investments in New Zealand companies and a donation to the Christchurch Earthquake Fund. 2/02/2017

Denis Villeneuve signs on for Dune reboot
A decade after Jodorowsky's attempt, revered writer-director David Lynch breathed life into the story with his film Dune . He's no stranger to sci-fi remakes as he also directed Blade Runner 2049, slated for release on October 6, 2017. 2/02/2017

Virginia State Police to step up patrols around Superbowl
On Super Bowl Sunday 2016, the California Highway Patrol made 360 DUI arrests statewide, the agency said. The ISP are reminding residents this Game Day, to plan ahead and use a designated driver, or call a cab. 2/02/2017

Kim Kardashian Meets With French Authorities To Provide Her Robbery Testimony
While Kim wants to help French authorities as best she can, the source says "reliving that night is hard" for the mother of two. French authorities arrested 17 people in connection to the crime last month and subsequently filed charges against 10 suspects. 2/02/2017