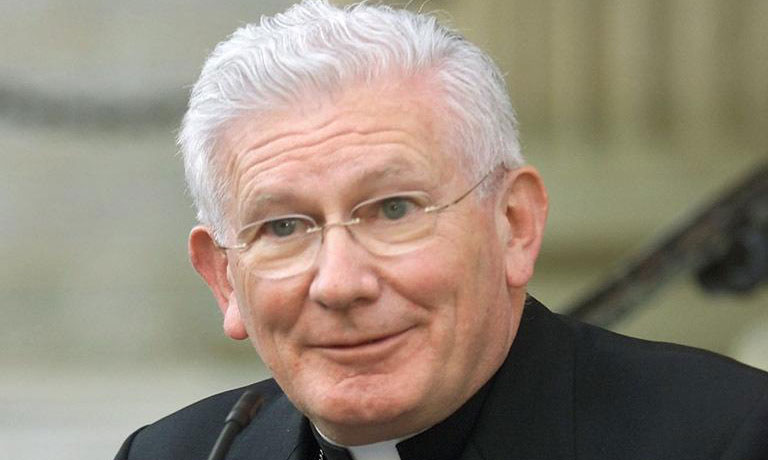 "Cardinal Keeler was an extraordinary global leader in building human bridges of mutual respect and understanding between Roman Catholics and the Jewish people".

Cardinal William H Keeler, the retired archbishop of Baltimore who was known for his vital role in ecumenical and inter-religious relations, died today at St Martin's Home for the Aged in the Baltimore suburb of Catonsville.

The experience offered him "many opportunities to work with people from other churches and to engage in a kind of informal dialogue with them, to see their goodness and their interest in things that were good", Keeler said. After growing up and attending Catholic schools in Pennsylvania, he joined the seminary and then attended the Pontifical Gregorian University in Rome.

Pope Francis said Keeler was a "wise and gentle pastor" and expressed gratitude for his years of leadership.

Keeler also led the Archdiocese of Baltimore, the oldest Roman Catholic diocese in the USA, for 18 years. Pope John Paul II made him a cardinal in 1994.

Ordained on July 17, 1955, Keeler served several years as pastor at Our Lady of Good Counsel Church in Marysville, Md. John Paul II and Mother Teresa of Calcutta during their visits to Baltimore, and his efforts to restore the Basilica of the National Shrine of the Assumption of the Blessed Virgin Mary.

Cibelli said he was studying for the priesthood, and Keeler was part of the papal conclave that met to choose a new pope after the death of Pope John Paul II. He also served as moderator for Catholic/Jewish Relations and was a member of the Committee on Ecumenical and Interreligious Affairs.

During the Second Vatican Council, Father Keeler served as secretary to Bishop George Leech of Harrisburg.

He later was named vice chancellor and vicar general of the Harrisburg Diocese and named an auxiliary bishop for the diocese in 1979.

Even after he stepped down from his post as archbishop in 2007, Keeler continued to be involved in fostering relations between Christians and Jews and Muslims, both locally and nationally.

A special Mass of Remembrance for Keeler will be held by Assumption of the Blessed Virgin Mary parish on Tuesday night at 7 p.m. More than 240 bishops from across the nation were there for the celebration, marking the first time all the country's bishops gathered in the basilica since 1989 when the archdiocese marked its bicentennial.

The cardinal also established the Partners in Excellence program, which provides tuition scholarships for children in inner-city Catholic schools.

Keeler was commended for his transparency when in September 2002 he released the names of 56 priests accused of sexual abuse in Baltimore since the 1930s and disclosed all information related to the almost $6 million in settlements and other expenses the sexual abuse had cost the archdiocese.

In the early part of his retirement, Cardinal Keeler remained focused on numerous same priorities he had always held: promoting better relations between the Catholic and Jewish communities, celebrating Mass every day and staying in touch with friends.

Cardinal Keeler suffered serious health problems in the latter years of his ministry.