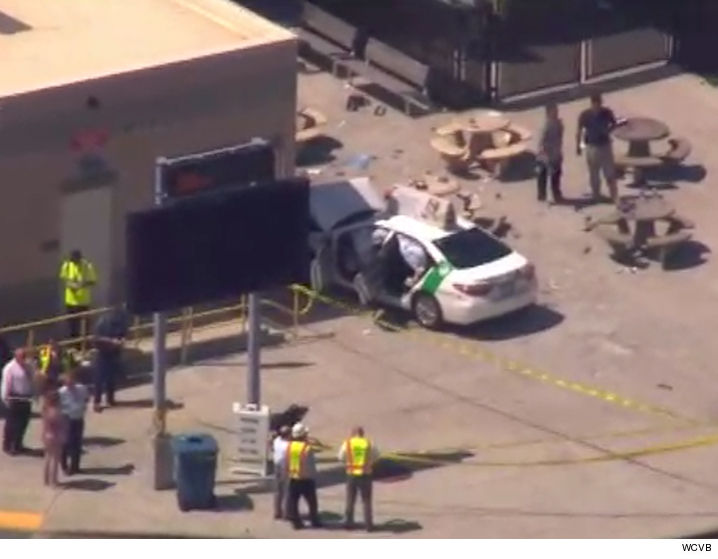 Almost a dozen people were injured Monday when a taxi cab ran into a group of pedestrians near Boston's Logan International Airport, authorities said.

CNN reports that 10 people have been injured and those injuries range in severity.

"The driver is now being interviewed by State Police. Injuries." the police said on their official Twitter account.

The driver told authorities at the scene he accidentally hit the gas instead of the brake, according to both sources.

The incident occurred at 1:44 ET at the taxi pool of Logan International Airport the Massachusetts State Police said.

A Massachusetts State Police spokesman, David Procopio, told The Boston Globe that police were interviewing the driver, a man, who stayed at the scene after the crash.

Video from Sky7 showed a badly damaged vehicle that had struck a building. His identity has not been released and the cause of the crash is under investigation, according to state police.

IPhone 8: Faster, more secure facial recognition to replace Touch ID?
Between the glass front and back is a stainless steel frame that houses power and volume controls, according to the report. The improved security system could also be improved by eye scanning if ongoing tests prove successful, the report says. 7/04/2017

Horn taunts Mayweather after stunning Pacquiao victory
He won the title after defeating Manny Pacquiao of the Philippines in a 12 rounds points decision. It has to be effective aggression and Jeff Horn failed to do that in my eyes. 7/04/2017

Wimbledon: Without Serena Williams And Maria Sharapova, Women's Draw Wide Open
Due to her ranking the tough games come early for Kvitova, starting with a heavyweight clash with Johanna Konta in Round four. French Open runner-up Simona Halep also advanced to the second round with a 6-4 6-1 rout of Kiwi qualifier Marina Erakovic. 7/04/2017