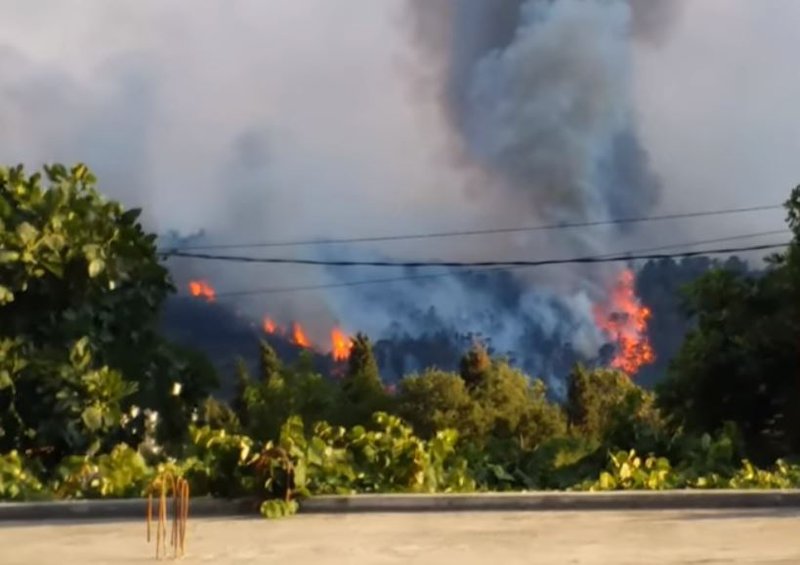 Portuguese emergency services say they are gradually bringing under control a spate of wildfires that erupted after temperatures exceeded 40 degrees Celsius (104 Fahrenheit).

In neighbouring Montenegro, where the forest fires forced the evacuation of more than a hundred campers on the Lustica peninsula, the situation was slightly better Tuesday.

A firefighting plane drops water to extinguish a fire in the village of Stobrec, near Split, Croatia July 18, 2017.

Croatian and Montenegrin firefighters were tackling several forest fires along the Adriatic coast on Sunday, some of which forced people to evacuate their homes, local media reported.

The cause of the fires in the two countries at the height of the summer tourist season is still not known.

Around the town of Zadar, planes were also used because some areas remain mined from the 1990s war.

Near the coastal town of Sibenik, a fire nearly reached houses, but firefighting planes managed to stop the flames from spreading any further.

Smaller fires also have been reported throughout the coast.

Jean-Gabriel Delacroy of the Alpes-Maritime regional administration said Tuesday that the fire near Nice is "under control" but not yet over after breaking out Monday night.

The city waste dump caught fire, while the town was covered with thick black smoke, but the blaze was put under control overnight.