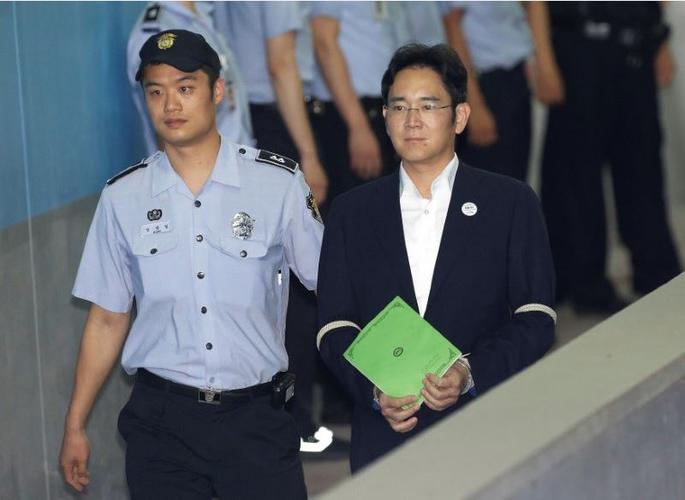 In a historic judgment in South Korea, Samsung heir and acting chairman Lee Jae-Yong was sentenced to five years in jail.

Lee, who was detained in February, has denied all charges and his lawyers are expected to appeal the case to the country's Supreme Court.

In the meantime, the special counsel was able to convince the court that Lee, using Samsung money, donated some $38.3 million in sports sponsorships to Choi Soon-sil's daughter.

The Samsung heir Lee Jae-yong was convicted of bribery today in a South Korean court pushing the company to rethink its prospects, said The Journal today.

Samsung has not issued a statement, but Lee's lawyer Song Woo-cheo has pledged to appeal.

The conviction of Yong could lead to more trouble for Park as she faces a possible life sentence when a judgment or ruling in her case is given later this year.

It's not the first time the family has been found guilty of corruption: Lee's father, Lee Kun-hee, was twice convicted of tax evasion and bribery.

Outside the Seoul Central District Court on Friday, hundreds of supporters of Lee and Park, mostly elderly, waved South Korean flags and shouted "Innocent!" It's worth noting that the Samsung conglomerate is involved not just in electronics, but also in shipping, medicine and many other industries. Park allegedly gave Choi access to government documents for which she had no clearance. Experts previously told CNBC that whatever verdict comes down on the Samsung heir, it will not affect the day-to-day business at Samsung.

Four other former top Samsung executives were also found guilty, with two given terms of up to four years and the other pair receiving suspended sentences.