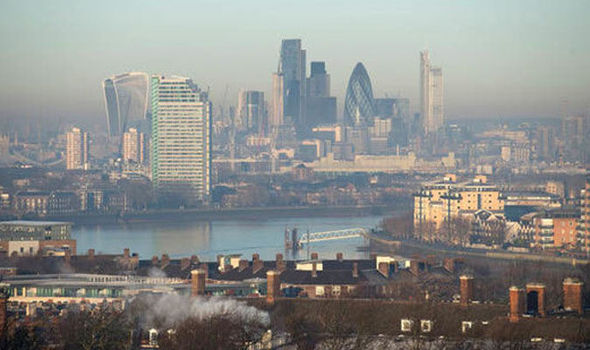 The euro area economy expanded at a faster than expected pace in the third quarter and the unemployment rate fell to a more than eight-year low, while inflation slowed unexpectedly, official data revealed Tuesday. But consumer price growth in October eased to 1.4% year on year, a Eurostat estimate showed, from 1.5% in the previous two months.

The ECB has taken extraordinary measures to push up growth and inflation in the eurozone in recent years, setting interest rates at historic lows, offering cheap loans for banks and hoovering billions of euros of government and corporate bonds each month.

This follows eurozone GDP growth of 0.7 per cent in the second quarter, when the United Kingdom grew by just 0.3 per cent.

Economists polled by Reuters had expected a 0.5% quarterly rise and a 2.4% year-on-year gain.

The UK's annual rate of GDP growth in the third quarter was just 1.5 per cent.

Although job creation remains strong across the eurozone, including in France, rising participation rates might be dampening the reduction in the unemployment rate.

Core inflation that excludes energy, food, alcohol and tobacco, moderated to 0.9 percent from 1.1 percent in the preceding month.

This will be a concern for the European Central Bank, which last week cut its money printing programme in half in anticipation of continued strong economic data, with weak inflation flagged as a potential stumbling block that might lead to a reverse of the bank's decision.

The number of unemployed decreased by 96,000 from the previous month to 14.513 million. The rate was forecast to remain at 9 percent.

WhatsApp Now Lets You Delete Messages Sent by Mistake
WhatsApp Pay will be added in the "+" option next to the camera, photos, document, location and contacts in the chat option. However, the Facebook-owned messaging application hasn't revealed any details about this feature as of yet. 11/01/2017

Two Mariners Adrift for Five Months Grateful for Navy Rescue
The emergency beacon communicates with satellites and sends locations to authorities within minutes. Naval force's USS Ashland at that point lifting them up and taking them to the base. 11/01/2017

Dejan Lovren Speaks out on 'Disgusting' Abuse After Death Threats Toward Family
Lovren uploaded a screenshot of the threat to his Instagram page, alongside the caption: "Horrible what kind of people we have". He said, as quoted by the BBC: "I can not ignore when my family is threatened". 'I just can't and won't accept that. 11/01/2017

Kelvin Benjamin traded to the Bills
He was selected by the Panthers in the first round of the 2014 draft, but missing the entire 2015 season with a knee injury . The 6-foot-5, 245-pound Benjamin is a great deep ball threat and red zone receiver for Bills QB Tyrod Taylor . 11/01/2017

Freeman Recognized for Patient Safety
The grades are calculated by patient-safety experts, peer-reviewed and available to everyone free of charge. This fall, Leapfrog scored 2,632 hospitals, of which 832 earned As, 662 received Bs and 964 garnered Cs. 11/01/2017

Under Armour, Inc. (UA) Position Lifted by Markel Corp
ILLEGAL ACTIVITY NOTICE: This piece of content was reported by Week Herald and is the sole property of of Week Herald. State of New Jersey Common Pension Fund D raised its holdings in shares of Under Armour by 66.7% in the 3rd quarter. 11/01/2017

Hillary Clinton reveals her Halloween costume - talk about a pathetic joke
And she added that she had gotten a lot out of learning "alternate nostril breathing, which I highly recommend". Fox News host Sean Hannity seems a bit confused about who the president of the United States is. 11/01/2017