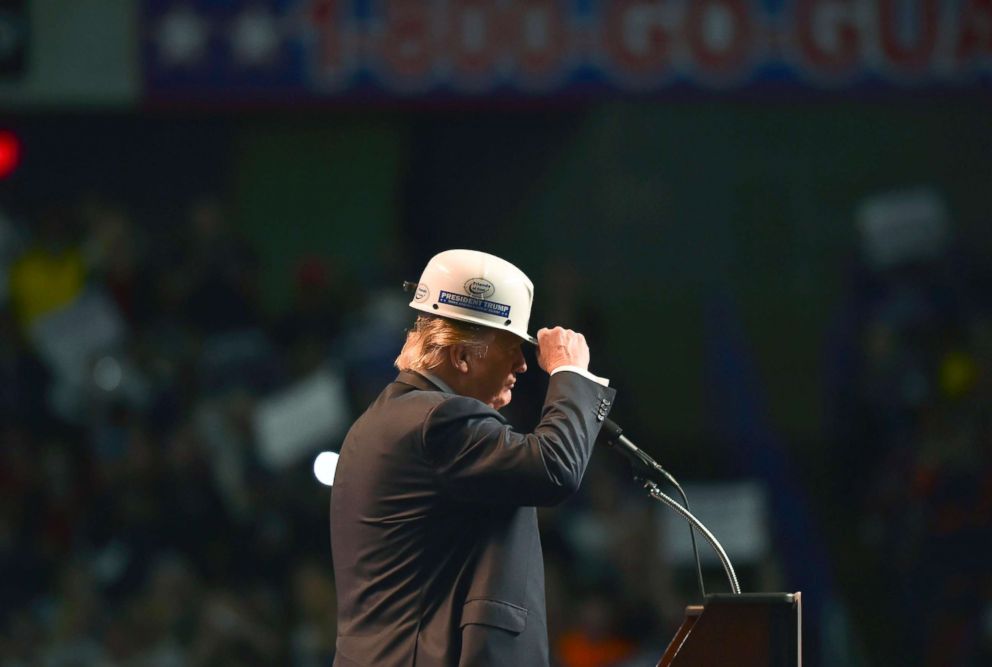 Michael Panfil, director of federal energy policy for the Environmental Defense Fund, called Trump's directive "an unprecedented, illegal government handout" to the coal and nuclear industries and vowed to fight the order in court.

"Too many of these fuel-secure plants have retired prematurely and many more have recently announced retirement", the 41-page memo reads.

The agency also is making plans to establish a "Strategic Electric Generation Reserve" with the aim of promoting the national defense and maximizing domestic energy supplies. The National Security Council was set to meet Friday to discuss the Energy Department's latest idea for shoring up the facilities.

In line with Energy Secretary Rick Perry's narrative that staving off further coal and nuclear retirements is a national security imperative, the draft memo contends that resources with secure on-site fuel supplies "are essential to support the nation's defense facilities, critical energy infrastructure and other critical infrastructure".

It says even though "intermittent resources", such as wind and solar power, do "provide value at various times during the day", it is "during times of peak demand when there is the greatest strain on the electricity grid" that "many major electricity markets are and will continue to be heavily dependent on fossil and nuclear electric generation resources".

Joe Manchin (D-WV) urging the president to use federal emergency powers to prevent the closure of coal and nuclear power plants.

The drilling industry, renewable energy companies, and many grid operators reject the idea that coal and nuclear power plant closures are undermining US electricity reliability and resiliency, saying gas, solar and wind have proven dependable. "There is no need for any such drastic action", said a PJM spokesperson about the new idea. Nationwide, BNEF said, two dozen nuclear plants - representing almost 33 gigawatts - are either scheduled to close or probably won't make money through 2021.

Gas-fired power generators are more vulnerable to cyber attacks than coal plants and nukes because gas must be delivered from remote fields via pipelines, according a draft report by the department.

Perry, under the auspices of the Trump White House, then switched tactics by proposing a new rule to require energy buyers to pay extra fees to coal and nuclear plants as a means of supporting the declining industry, but that requirement was quickly shot down by the Federal Energy Regulatory Commission who noted insufficient evidence to approve the extra fees. One independent group that manages the electricity grid that serves more than 65 million people said that it could be bad for consumers if the federal government intervenes in the market. Since then, the Trump administration has been studying other options.

US unemployment hits an 18-year low despite trade concerns
Republicans in Congress showed no immediate interest in looking into Trump's handling of economic data. Tony Fratto, a Treasury Department official who worked in George W. 6/04/2018

Alibaba invests $1.38bn to boost logistics capability
Alibaba is preparing for the next wave of e-commerce by investing more than 100 billion yuan to build the technical backbone for a smart logistics network . 6/04/2018

Liverpool confirm that no Fekir deal has been agreed
Fekir is now with the France squad for the upcoming World Cup having earned his place in Didier Deschamps' 23-man roster. Obviously, transfer stories can be unreliable, but this reporter appears to have a good reputation. 6/04/2018

Fury in Kashmir after youth killed by police vehicle
The opposition National Conference working President Omar Abdullah hit out at chief minister Mehbooba Mufti over the incident. The driver, however, raced to escape the crowd that was attacked with stones and iron rods. 6/04/2018

Door to trade negotiations with U.S. closed
The world's two biggest economies have threatened to impose tariffs on up to Dollars 200 billion worth of each other's products. The import duties will give a boost to American makers of steel and aluminum by making foreign metals more expensive. 6/04/2018

Eurosceptics cheer amid market surge as Italy's populists take control
The program proposed by the populists promises to revive Italy's sluggish economy by rejecting austerity and increasing spending. On Friday, the 5-Stars' clinched their quest for national power, after five years in Parliament as the largest opposition party. 6/04/2018

Socialist Pedro Sanchez sworn in a new Spanish PM
The motion was passed after a bitter two-day debate in parliament , which ended in Rajoy losing the vote by 180 to 169 votes. Sanchez and his party are staunch supporters of the European Union and the euro currency shared by 19 European Union nations. 6/02/2018

John Cena and Nikki Bella are reportedly back together
Nikki, 34, greets Cena, 41, with a big hug in a new sneak peek of the Sunday, June 3, episode of Total Bellas . John tells Bella, "I'm supposed to stay away from you". "I feel like I don't even know how to breathe. 6/02/2018

President Trump reportedly considering restricting imports of German luxury cars
But plans to target German automakers could be costly and potentially harmful to the American economy, according to experts. Trump plans to ban all German luxury auto imports to the United States, according to German media reports on May 31. 6/02/2018

Does Trump want to drive German cars out of America?
By comparison, industry data show only 6.2 billion euros worth of American-made vehicles were shipped to all European markets. Trump and congressional Republicans are preparing to clash over the proposed tariffs, which could be as high as 25 percent. 6/02/2018