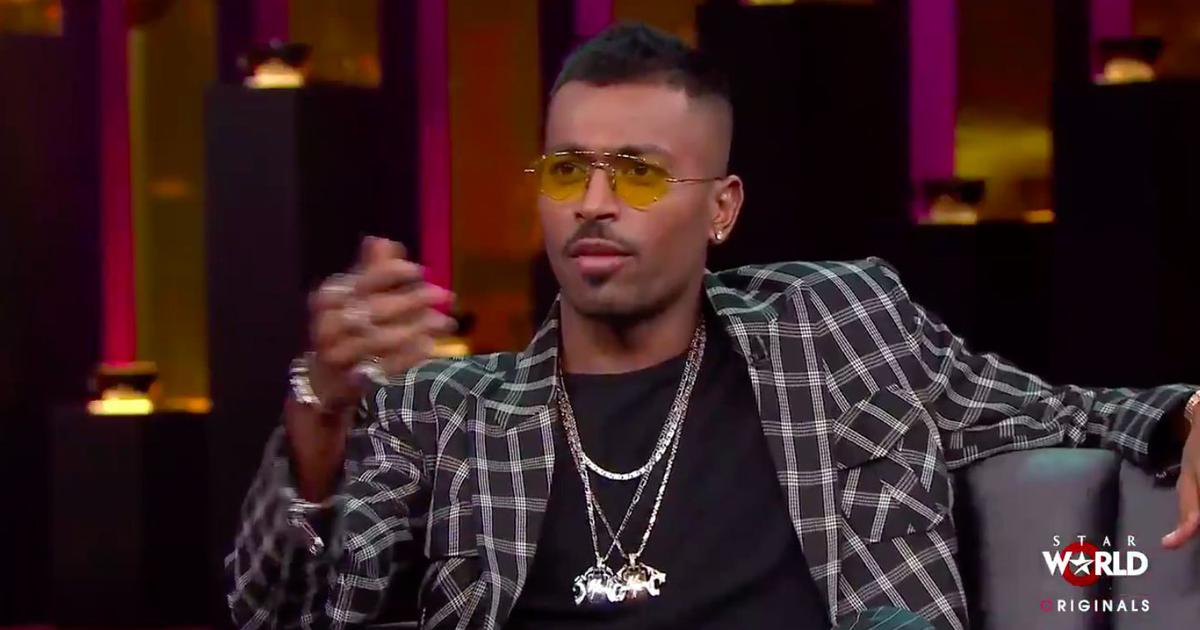 Hardik Pandya has been slammed on social media, issued showcause notice by the BCCI and had to apologise for his comments on the show. In the whole episode, he could not stop himself from boasting about womanizing and that did not go down well with the netizens.

The BCCI on Wednesday issued a show-cause notice to cricketers Hardik Pandiya and KL Rahul, seeking an explanation within 24 hours for their sexist and misogynist remarks on the Indian TV show Koffee With Karan. "This attempt at an apology does in no way bring the issue to closure". Cricketers Hardik Pandya and KL Rahul appeared on the popular talk show hosted by filmmaker Karan Johar, but the show invited more flak than appreciation.

"I made an appearance on the chat show where I have made certain statements without realising that these could be disrespectful and offend sensitivities of viewers for which I am sincerely regretful", he wrote in his response, which is in PTI's possession. He also recalled taking his parents to a party where they asked him which woman he was seeing, and he pointed at all of them one by one and said, his parents were proud of him for having "scene" with multiple girls.

Rahul too made a few statement, that could be considered politically incorrect, but he did not "get carried away" like his teammate, supposedly the best friends in the Indian team.

The 25-year-old Pandya had earlier posted a regret message on his Twitter page.

"What Hardik has spoken at the show speaks poorly of the BCCI and Indian cricket".

When asked why he wouldn't ask women's names at a club, he said that he likes to 'watch and observe how they move'. "I am little from the black side, so I need to see how they move". Although seen in high spirits in celebratory videos circulating on social media after India's 2-1 series' win over Australia, Pandya has since laid low. Calling Pandya a disgrace to the cricketing committee, Shetty said that the BCCI should take corrective steps for cricketers who talk rubbish on public platform.

Pandya returned to the national squad after he suffered injury in a match between India and Pakistan in Asia Cup held in October past year.

MPs vote to further bind Theresa May's hands on Brexit
But facing more than an hour of points of order in the Commons on Wednesday, Bercow stood by his decision. However, she refused to comment on whether she has lost confidence in the Speaker. 1/10/2019

McCaw plans to join Raptors
McCaw was a restricted free agent with the Golden State Warriors , but the defending champions chose not to match the contract. The Cavs waived McCaw after less than a week with the team, allowing him to become an unrestricted free agent. 1/10/2019

Fast radio burst (FRB): Mysterious repeating radio signal in deep space discovered
A repeating FRB , however, provides more opportunities for scientists to learn about these radio bursts and where they come from. The findings were presented during a meeting held by the American Astronomical Society in Seattle, Wash., on Thursday. 1/10/2019

Cash bonuses for India heroes after Australia Test triumph
Riding on Cheteshwar Pujara and Rishabh Pant's daddy centuries India posted 622 for seven before declaring. India won the four-match series 2-1 after the Sydney Test ended in a rain-forced draw on Monday. 1/10/2019

R. Kelly's attorney responds to allegations made in docu-series
Additionally, they are said to be hiring lawyers to try and stop their parents from trying to reclaim them and get them out of R. There is nothing that can be done to investigate these allegations without the cooperation of victims and witnesses", Foxx said. 1/10/2019

Xi & Kim agree to ‘jointly’ advance & steer the denuclearization of Korean peninsula
Xi for about an hour on Tuesday and later attended a dinner at the Great Hall of the People in central Beijing hosted by Mr. Neither side has provided details on the talks, nor of Kim's schedule during his visit. 1/10/2019