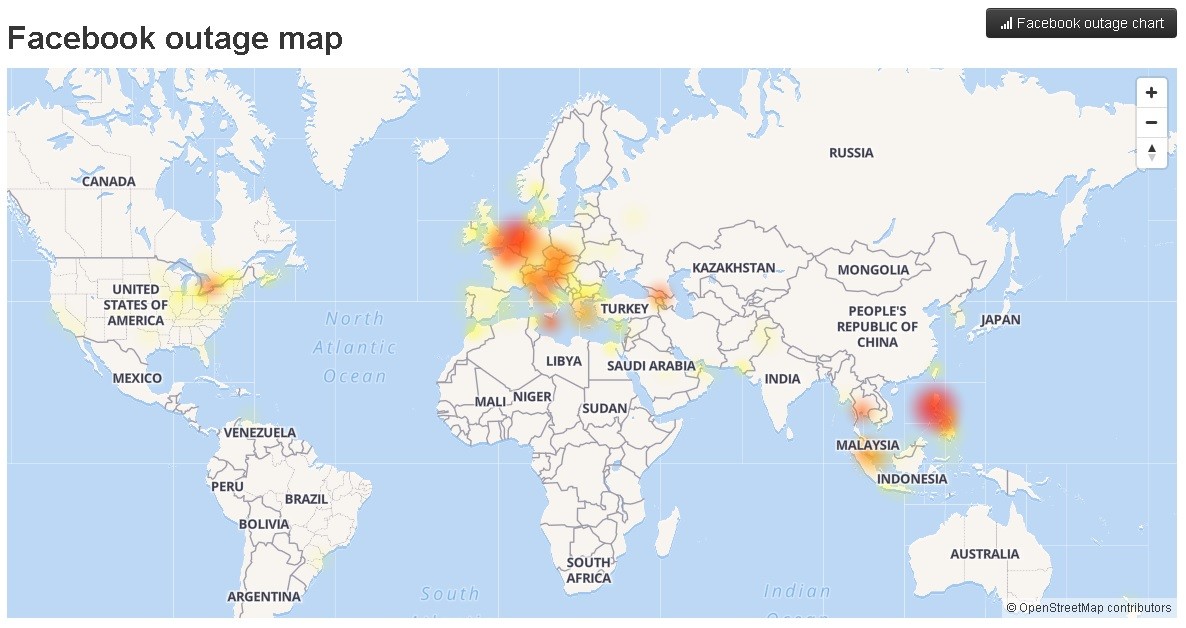 Downdetector.com shows the downtrends of FacebookInstagram, Whatsapp and Facebook reportedly down worldwide...

The social media networks were back up and running in NY by 9.30.a.m (7pm in India), but irate users turned to Twitter to vent during the blackout.

A map on the site showed the UK, US and large areas of Europe are affected by the connection issues.

Twitter was not even trying not to gloat, with this trending #facebookdown.

Last August, Facebook went down for about 45 minutes, which was described as a relatively lengthy outage for the firm.

Facebook did not respond to a Fin24 query about what had prompted the outage.

The site said it was "working to resolve the issue as soon as possible".

"We're aware that some people are now having trouble accessing the Facebook family of apps".