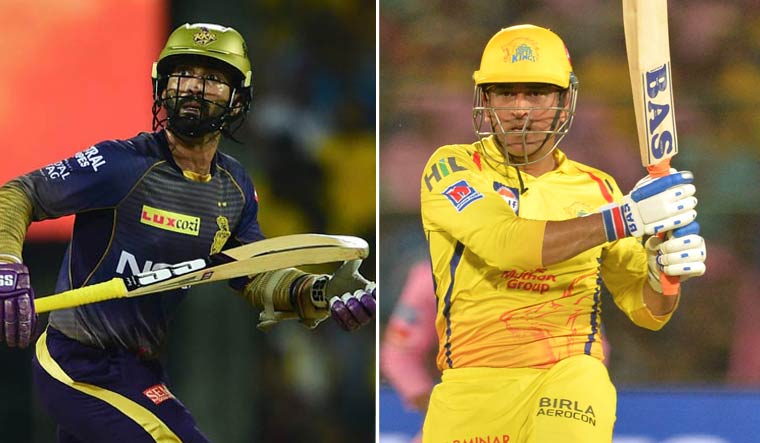 Though the visitors do have momentum on their side - apart from six in seven wins, they bested Kolkata in their backyard - but that isn't to say that MS Dhoni and his men don't have chinks that can be exploited. The team must look to plug gaps instead of expecting Russell to steady the sinking ship all the time. And again, you move on to the next match as quickly as you possibly can.

KKR lost to Delhi Capitals on Friday night with Shikhar Dhawan and Rishabh Pant making short work of their bowlers. The West Indian has so far maintained a brutal strike rate of 212.67. But a struggling back held Dhoni back and making the most of it was Narine, who trapped the skipper out leg before, the review not saving him.

All-rounders: Andre Russell and Carlos Brathwaite will be featuring as all-rounders from KKR while CSK will feature Kedar Jadhav and Ravindra Jadeja as their prime all-rounders. The figure was reduced to eight runs off three when new batsman Mitchell Santner on strike and Stokes bowled a full-toss with umpire Ulhas Gandhe calling it a no-ball because it was too high while his Bruce Oxenford at square-leg overruled him.

Wicketkeeping: It will be a tricky choice to pick between the two stalwart keepers - MS Dhoni or Dinesh Karthik.

After the match, which Chennai won by four wickets, Dhoni had admitted of breaching the Level 2 offence under Article 2.20 of the IPL's Code of Conduct and accepted the sanction.

Performance-wise, there is no denying how big a difference Dhoni has made to the team's cause by leading from the front. Andre Russell batting average is 68.5 in T20 format against CSK where he scored 274 runs from 8 T20 matches.

Demoted to middle-order, Ambati Rayudu has finally started to find his groove after his fluent half century against Royals. So, Imran Tahir and Kuldeep Yadav could be the X-factors.

This was also their first win at the Eden Gardens since 2013 as they did a double on KKR who suffered a hat-trick of defeats for the first time since 2014 and set to slip out of their second place in the table.