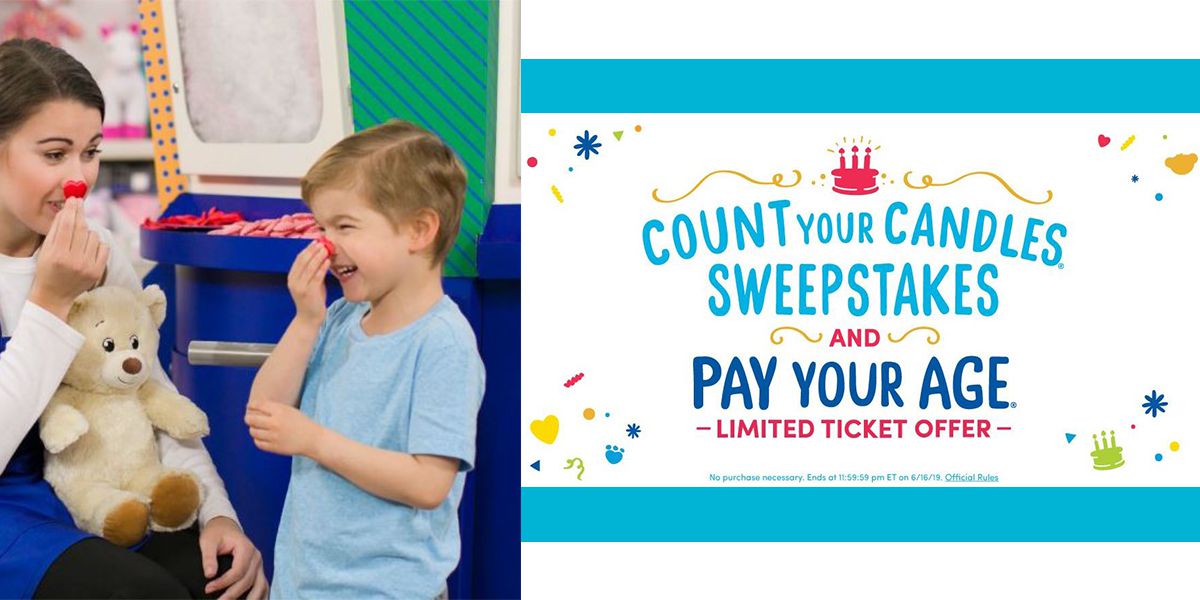 Build-A-Bear is returning a limited ticket Pay-Your-Age event, on the heels of last year's Pay-Your-Age meltdown, where the chain ran out of Build-A-Bear's to hand out. So, even if you aren't one of the lucky 200,000 people who get a discount at the Pay Your Age event this year, it could still pay to be a Bonus Club member.

Bargain hunters must vie for a chance by signing up for the Build-A-Bear Bonus Club rewards program between June 11 and June 16. Stores in the U.S., Canada, and the United Kingdom were shuttered after mile-long lines formed, while some outposts were forced to close out of safety concerns.

Ten grand prize winners will also be given a birthday party experience with a retail value of approximately $250. Those who entered will receive an email by June 21 on whether they were given a ticket or not.

Rather than forcing all the tickets to be redeemed on a single day, the winners will have to redeem the offer between June 24 and 28.

Last year, customers lined up at stores nationwide, some waiting for hours.

The company's 2018 attempt at the promotion was cut short due to overwhelming customer response. Adults were angry, children were crying, and Build-A-Bear ended up a victim of its own success, feebly offering vouchers to ticked-off would-be customers.

For more information and to enter, visit the Build-A-Bear Workshop website. "We have closed lines in our stores", the company tweeted in July.