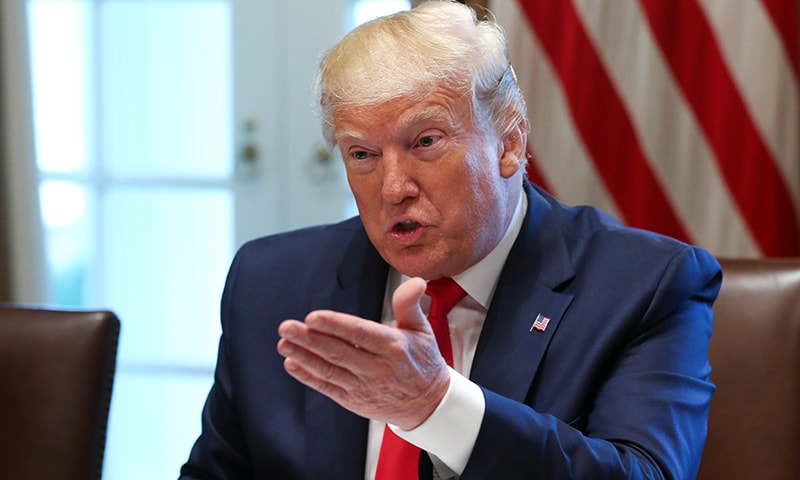 But in his latest comments, the president still said he would look at the proffered information to see whether it was "incorrect".

During the ABC interview recorded earlier this week, Trump also defended his decision not to submit to an in-person interview with Mueller's team.

"You couldn't have that happen with our country, and everybody understands that".

Trump also said he will be doing more interviews with the major networks "to get the word out that no President has done what I have in the first 2 1/2 years of his Presidency".

Senator Mark Warner recalled Trump's "Russia, if you are listening" call for Moscow to dig up Clinton's missing emails during the 2016 campaign. "I mediate perchance you safe every", he mentioned.

During the interaction, President Trump made some typically unusual comments, including the one where he said that he has seen a lot of things in his life but has never called the Federal Bureau of Investigation, and that the "FBI director is wrong" in expecting things to be reported to him.

His assertion that he would be open to accepting a foreign power's help in his 2020 campaign alarmed Democrats, who condemned it as a call for further election interference while Republicans struggled to defend his comments.

President Donald Trump walks toward journalists as he departs the White House for a campaign rally in Pennsylvania May 20, 2019 in Washington.

President Trump is dismissing Don McGahn's interview with Robert Mueller as evidence of obstruction during the Russian Federation probe.

"I never told then White House Counsel Don McGahn to fire Robert Mueller, even though I had the legal right to do so", Trump said.

"The story on that very simply, number one, I was never going to fire Mueller".

"Because he wanted to make himself look like a good lawyer", Trump said.

"I think maybe you do both [listening and calling the FBI]", Trump told ABC. The dossier contained 103 key allegations, none of which were were verified by special counsel Robert Mueller's 22-month investigation.

"So a president can't obstruct justice?"

Asked why McGahn would lie to USA investigators - a federal crime - Trump said: "He wanted to make himself look like a good lawyer". When Stephanopoulos requested why he wouldn't respond written questions about potential obstruction of justice, Trump responded by insulting Stephanopoulos and asserting that Mueller was unfair.