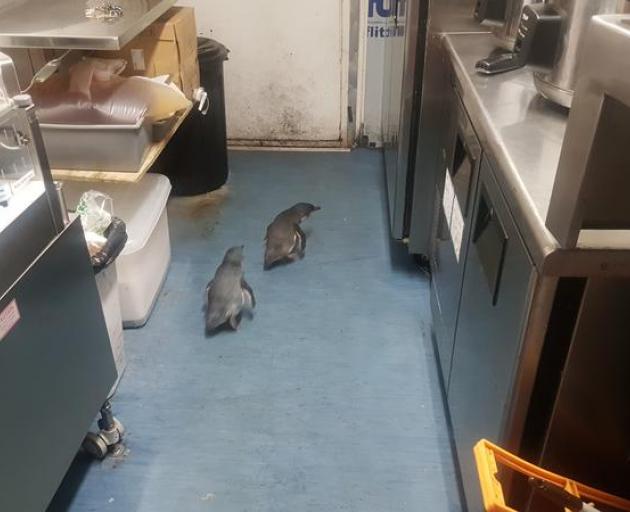 Sushi lovers know that cravings for the fishy dish are almost impossible to beat, making it all the more understandable that a pair of penguins in New Zealand have been officially apprehended by authorities for repeatedly sneaking around the grounds of a sushi truck.

According to the Wellington District Police penguins were removed from a sushi stand on July 13, 2019.

Despite having been told not to come back the adorable pests made their way across a busy road and into the sushi bar a second time later that day.

DOC believes that they are keeping a tab on the place as they believe that the penguins will return to the same spot.

Constable John Zhu took the penguins back to the harbour. "This is not the first time these little blue penguins entered a strangers" territory. "Unsurprisingly, this was not the first report Police had received about the fishy birds".

She said she heard them making a cooing, humming sound, and that the birds likely hid near the grills beneath the shop - where it was nice and warm.

DOC Wellington operations manager Jack Mace warned locals not to get too close, as the penguins can deliver a nasty bite.

The Department of Conservation (DOC) and the Wellington Zoo showed up to help remove the penguins and relocate them back to the beach.

Little blue penguins are the smallest species of the flightless seabirds, standing 25 centimetres (10 inches) tall and weighing about one kilogram (2.2 pounds).

He said: "It's a natural characteristic of the penguins - they will always return to where they possibly were nesting".