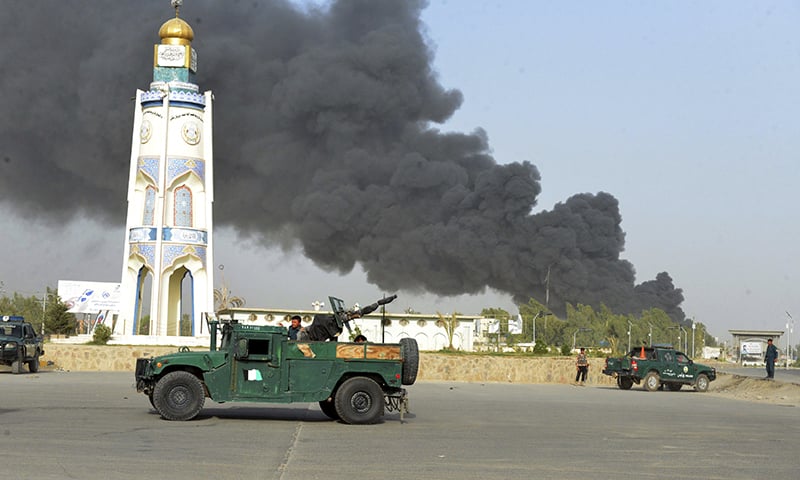 Those killed were both policemen and civilians, said Bahir Ahmadi, a spokesman for the provincial governor, giving the death toll. "Now the Afghan army and USA helicopters are hovering in the area", police chief Tadin Khan told AFP.

"Militants detonated a auto loaded with explosives, and some gunmen have entered the buildings around our main office", said a police official requesting anonymity.

Kandahar was the former seat of the Taliban when they ruled Afghanistan from 1996 until they were ousted by a US -led coalition in 2001.

Last week marked the end of the seventh round of peace talks between the Taliban and the United States.

The Taliban also killed an Afghan commander on Wednesday in central Afghanistan.

According to Tolonews, Colonel Abdul Mubin Mujtaba and other security officials were assessing the security situation of checkpoints along the Ghazni-Kandahar Highway when he came under attack by the suspected army soldiers.

Officials said the soldier was an infiltrator of the hardline Islamist group.