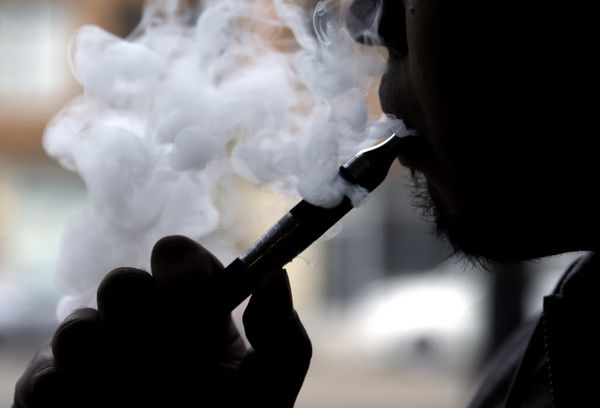 CDC officials held a teleconference Friday where they reporter 193 potential cases in 22 states of severe pulmonary illnesses among people who use e-cigarettes.

The Minnesota Department of Health says it has confirmed four cases of severe lung injuries associated with vaping, and is investigating 11 more. IDPH is also working with local health departments to investigate another 12 cases.

The type of e-cigarettes used by these individuals were not disclosed.

IL health officials announced on Friday the death of an adult who had vaped and later developed a severe respiratory illness.

In an alert sent to medical professionals, the ADPH said patients are reporting symptoms such as cough, shortness of breath and fatigue.

"The severity of illness people are experiencing is alarming and we must get the word out that using e-cigarettes and vaping can be unsafe", IDPH Director Dr. Ngozi Ezike said in the news release. In addition to respiratory symptoms, some patients experienced nausea, vomiting, and diarrhea.

On Wednesday, the Centers for Disease Control and Prevention issued a news release in which it said 149 people nationwide had contracted a severe respiratory illness after vaping, but that there hadn't been any deaths reported as of then.

According to the CDC, in many cases, including IL, patients have acknowledged to health care personnel recent use of tetrahydrocannabinol (THC)-containing products. Symptoms worsened over a period of days or weeks before they were hospitalized. They're all in their early to mid-20s and have had a history of vaping.

The health department says vaping liquid typically contains nicotine, which is "highly addictive and harmful to the adolescent brain". "There is a perception that vaping is safe, and these reports of serious pulmonary illness linked to e-cigarette or vaping product use show that this is simply not true".