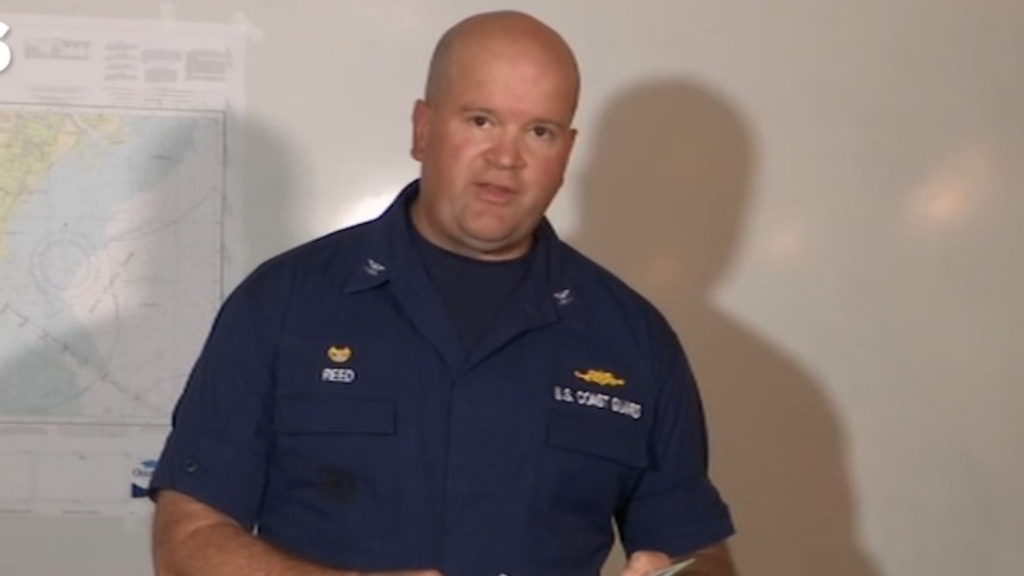 The crew members who were rescued had to escape through different parts of the ship, VanderWeit said. Search and rescue operations were ongoing for the remaining four crew members, with boat and helicopter crews assisting with the efforts.

"Once salvage professionals have determined the vessel to be stable, we will identify the best option to continue our rescue efforts for the four crew remembers who remain on board", Reed said at a news conference Sunday afternoon.

"The other outcome could be that it may be deemed more appropriate to go ahead and right the vessel and de-smoke and de-water before we are able to actually get in there and locate the four individuals", Reed told CNN's Fredricka Whitfield in an interview today.

The U.S. Coast Guard said the Golden Ray is stranded near the mouth of Fancy Bluff Creek.

The cause of the mishap is under investigation, and it is unclear if churned-up weather from the recent passing of Hurricane Dorian played any role, according to Petty Officer 3rd Class Ryan Dickinson.

The DNR said around 2 o'clock this morning, the 656-foot, 71,000-ton Golden Ray ship capsized and caught fire. No craft is allowed within a half-mile of the Golden Ray until further notice.

The Associated Press reports that it is registered to a South Korean company.

The Georgia Ports Authority (GPA) says the Port of Brunswick a deepwater port in Georgia.

The Golden Ray, which the Coast Guard said was transporting cars, is flagged out of the Marshall Islands and was headed to Baltimore, according to the website vesselfinder.com.

The port is one of the busiest USA seaports for shipping automobiles.

Lankan cricketers opt out of Pak tour over security fears
He said Pakistan would accept whatever team the Sri Lankan board sends for the three One-day Internationals and three T20s. He said, players will be given the freedom to decide on either taking part or not in the forthcoming Pakistan tour. 9/10/2019