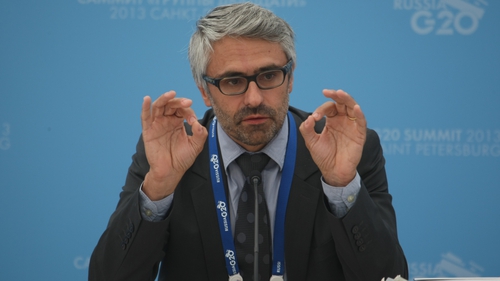 Public outrage has grown over the practice, which critics say deprives many nations of their fair share of tax revenue, since digital giants can often pay next to nothing in countries where they rake in huge earnings.

France adopted its own national tax on digital companies this year, sparking USA threats of tariff on French wine and adding to global trade tensions.

The Paris-based Organisation for Economic Co-operation and Development is leading the negotiations to reach an accord next year.

While upper-middle income countries are expected to see some benefit, developing countries would see their tax base shrink by 3% under the suggested rules, unless employment is included as a factor determining the allocation of taxable profits.

A French Finance Ministry official said that the Washington meeting should give "the needed political steer in order to achieve an agreement on global taxation in 2020".

If all goes well an outline agreement to the countries that have signed up will be created in January 2020.

OECD Secretary-General Angel Gurría said: "We're making real progress to address the tax challenges arising from digitalisation of the economy, and to continue advancing toward a consensus-based solution to overhaul the rules-based worldwide tax system by 2020".

The proposal comes at a critical time as countries look to impose their own taxes on digital companies in the interim.

They would also have to have a "sustained and significant" interaction with customers in a country's market, regardless of whether they have a physical presence there or not.

The approach gathers common elements of three competing proposals from member countries, it said, describing its new effort as a "unified approach".

Amazon, whose European headquarters is in Luxembourg, another low-tax jurisdiction, said called the OECD's latest proposal "an important step forward".

Next week finance ministers from the Group of 20 economic powers will discuss the plan at a meeting in Washington.

"Reaching broad worldwide agreement on changes to fundamental global tax principles is critical to limit the risk of double taxation and distortive unilateral measures", it said in a statement.

It said Wednesday that the new proposal would result in "little reallocation of taxing rights, and adds additional complexity and tax uncertainty to the system".