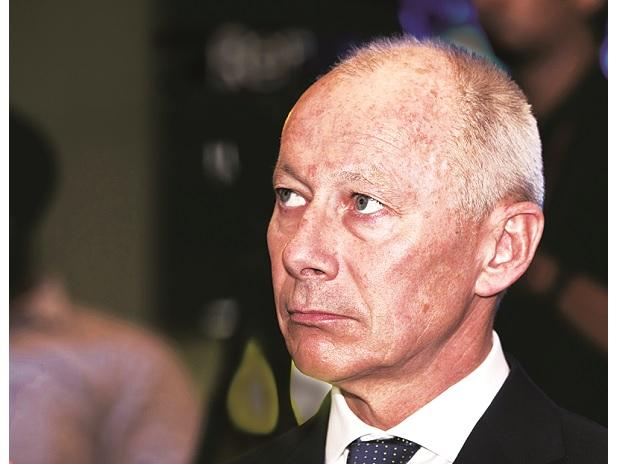 The report comes from French newspaper Le Figaro, saying that Renault Chairman Jean-Dominique Senard will ask the board to begin the search for a successor to Bollore in the next board meeting scheduled for October 18.

Renault's chief executive claims he was the victim of a "coup" after being sacked by the auto maker's board.

According to Reuters, Bolloré has been described as Carlos Ghosn's right-hand man, which the Renault-Nissan Alliance feels it needs to step away from.

Renault shares were up 3.5 per cent following the announcement.

French vehicle giant Renault has appointed chief financial officer Clotilde Delbos to the top job on an interim basis, as it looks to make a fresh start and rebuild relations with its Japanese partner Nissan.

Tensions between the partners were further inflamed this year, including during various spats over governance reforms, and after a failed deal under Senard's watch to pair Renault up with Fiat Chrysler, which withdrew a merger offer.

Bollore's departure had been speculated on since French daily Le Figaro reported on its website late Tuesday that he had a hard relationship with board chairman Jean-Dominique Senard. "This coup de force is very worrying", Bollore told Les Echos.

Financial director Clotilde Delbos has been installed as interim CEO, with Olivier Murguet and José-Vicente de los Mozos taking positions as deputy managing directors to assist Delbos in the role.

"The brutality and the totally unexpected character of what is happening are stupefying".

French media is reporting that the government wants to revamp Renault's management and put the Ghosn years to rest.

Saikawa and Bollore barely spoke and were seen as clear irritants to the relationship between Nissan and Renault, French official and company sources told Reuters in June. Nissan appointed Makoto Uchida its newest CEO just two days before Bolloré's removal.