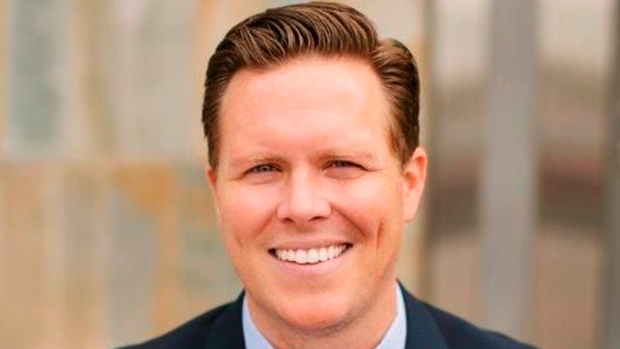 Petersen, who is a licensed attorney in Arizona, Arkansas, and Utah, is accused of paying Marshallese women to travel to the USA and place their babies up for adoption.

Utah officials say, "Petersen is alleged to have run an illegal adoption scheme where he recruited, transported, and offered payment to pregnant Marshallese women to give their babies up for adoption in the United States".

In granting the injunction, Martin appointed Fayetteville attorney Andrea McCurdy to serve as an advocate representing all expecting biological mothers in Arkansas who were in the process of adoption with Petersen.

"These are proper business practice that they simply disagree with", attorney Matthew Long said.

Paul Petersen, a Republican assessor whose private-sector job was as an adoption attorney, was charged in Utah, Arizona, and Arkansas with counts including fraud, forgery, conspiracy to commit money laundering, human smuggling, and sale of a child. Perez said of Petersen and the allegations against him.

The adoptive parents are considered victims along with the birth mothers, and no completed adoptions will be undone, authorities said.

Together, Petersen and Takehisa are facing nineteen charges relating to alien smuggling, wire fraud, mail fraud, and visa fraud in the District Court for Western Arkansas.

"Many of these mothers described their ordeal as being treated like property", Kees said.

Petersen charged families $25,000-$40,000 per adoption and brought about $2.7 million into a bank account for adoption fees in less than two years, according to court documents.

The Utah probe began after investigators got a call to a human-trafficking tip line in October 2017.

According to the document, the pregnant women "had little to no prenatal care" before they went to the hospital to deliver: "One medical professional I interviewed described these pregnancies as "high risk" because the hospitals had no information about the Marshallese women's medical history and they did not receive prenatal care".

In addition, one of the charges states the couple attempted to deceive the Arizona Health Care Cost Containment System by applying for benefits for these women by stating they were Arizona residents.

Petersen has faced troubles with his adoption practices in the past.

A Rogers woman has also established a non-profit to help birth mothers navigate the adoption process after adopting her son, who is Marshallese, six years ago.

Authorities do not believe the women were misled into believing their children might be returned at some point.

According to the Attorney General's Office, the raids are related to a multi-state investigation, arrest and criminal indictment involving Petersen and another person, Lynwood Jennet.

"No one's going to go back and redo adoptions or any of that kind of stuff", Brnovich said.