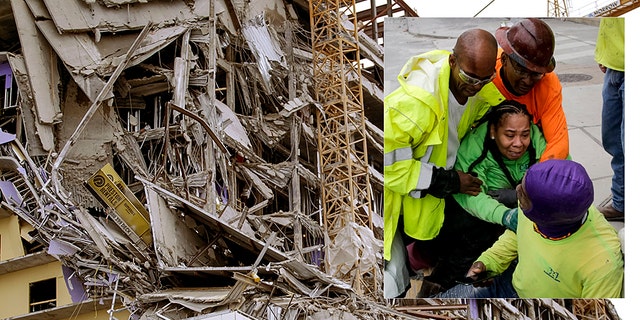 Fire and police departments arrived at the scene, with authorities confirming to nola.com that there were multiple casualties, with three people still missing.

One person was killed, while three others still missing as a result of the collapse, local authorities said.

"This remains a very fluid and very risky situation, and every few minutes something is falling off of this building", Louisiana Gov. John Bel Edwards said.

McConnell said only part of the building is considered stable.

A number of building staff were working on the construction site, with the numbers still being accounted for.

The State Fire Marshall and Urban Search and Rescue Task Force 1 are on the way to the scene to assist first responders.

He says a large crane is unstable and further collapse is possible.

It was not immediately clear what caused the collapse. Upper floors began to fall on top of each other before one side of the building fell to the ground below.

Dramatic video of the incident showed the crane falling into the street as debris billowed into the air. Hard Rock International had originally planned to open the 18-story hotel in the spring of 2019, but its opening was pushed back to the spring of 2020. 2 units remain on standby.