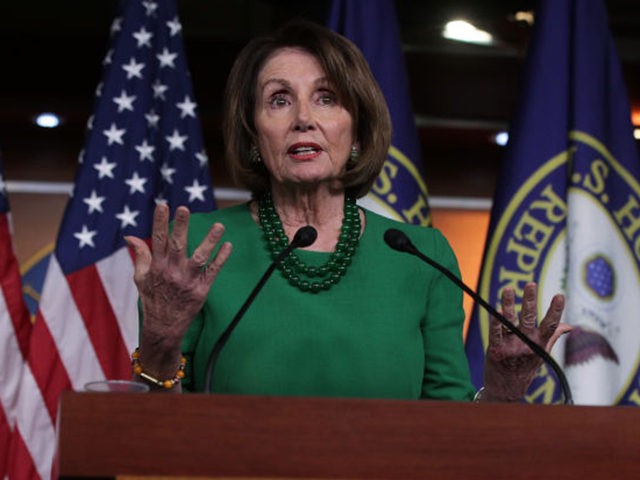 Trump was asked by reporters if he kept the Baghdadi operation secret from Pelosi beforehand.

In a stunning success for both President Trump and the nation at large, American forces killed ISIS leader Abu Bakr al-Baghdadi.

"I can't believe that Nancy Pelosi's District in San Francisco is in such terrible shape that the City itself is in violation of many sanitary & environmental orders, causing it to owe the Federal Government billions of dollars - and all she works on is Impeachment", Trump tweeted.

"The House must be briefed on this raid, which the Russians but not top Congressional Leadership were notified of in advance, and on the Administration's overall strategy in the region", the statement said.

Pelosi then released a statement that took a veiled shot at the president, emphasizing the fact that Russian Federation - but not congressional leadership - knew about the raid in advance. "Our military and allies deserve strong, smart and strategic leadership from Washington".

Another source asserted that the delay was due to the "country review process", while one more official claimed that Trump wanted "the total elimination" of the global trade programme involving Ukraine.

"People tend to associate with people of like mind, and they assume everyone thinks the way they do", he said. "We maintain the tightest possible security here". The move immediately drew criticism from national security analysts who said they were alarmed by the volume of information he shared regarding the location and specifics of the nighttime raid.

Trump said in his statement Sunday that he told some people like Sen. He did not tell them before the attack either. "We were going to notify them last night but we decided not to do that because Washington leaks like nothing I've ever seen before".

US presidents typically follow the protocol of contacting congressional leaders, regardless of their political party, when a high-level military operation is conducted.

"He died after running into a dead-end tunnel, whimpering and crying and screaming all the way", the president told a safer nation today.

"He didn't die a hero, he died a coward", Trump continued.