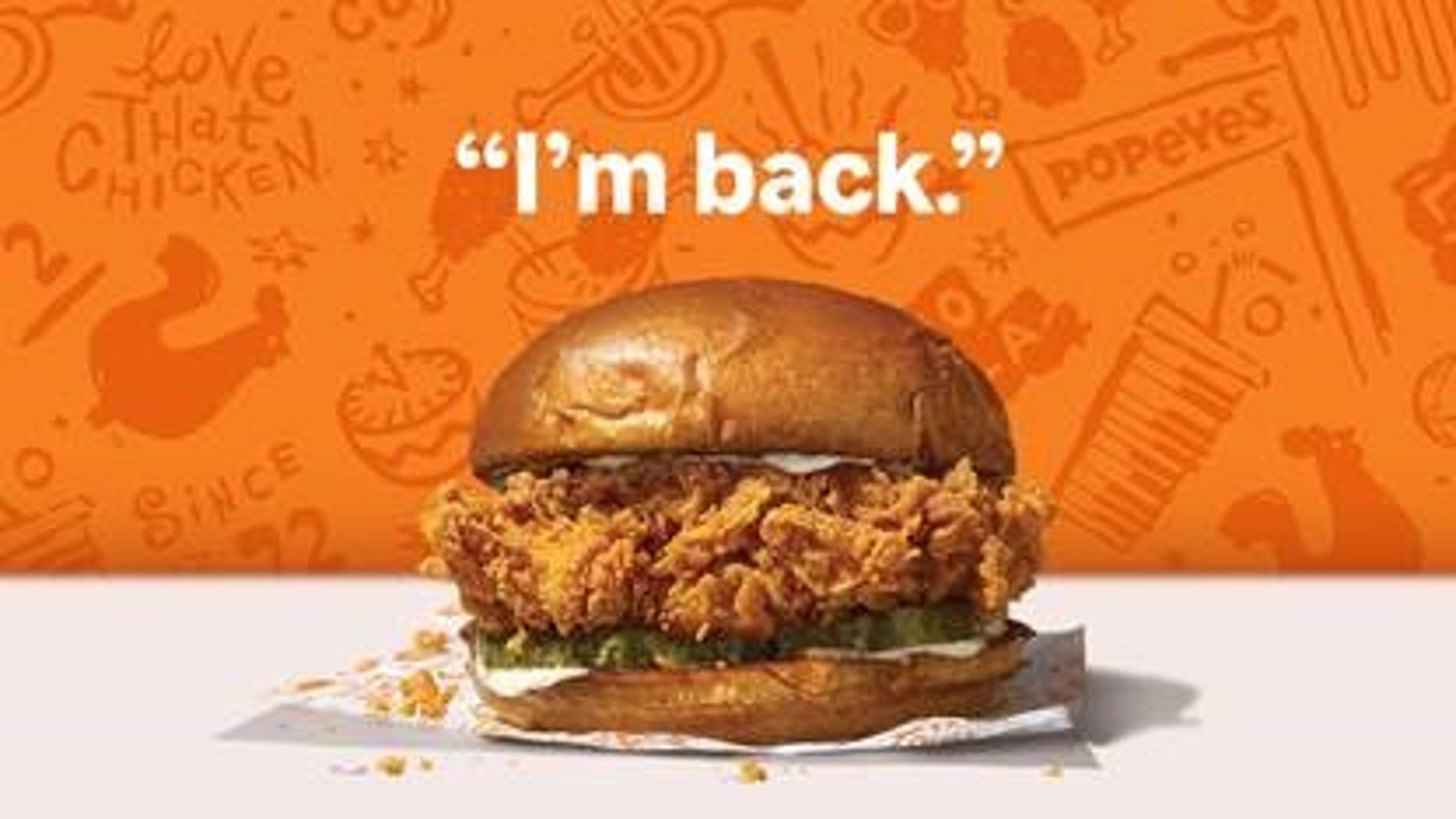 A person can be seen in the video adding "open on Sundays" to the Popeyes sign, which is located next to a Chick-Fil-A sign. "We sold through our inventory due to unprecedented demand, so the product was temporarily unavailable, but now we're excited to say it's back for good".

The announcement comes two months after the initial reveal of the sandwich caused a social media frenzy - and sold out within the first two weeks.

The Popeyes Chicken Sandwich returns to Popeyes' restaurants nationally on November 3, which, as we all know, is the famous holiday National Sandwich Day. "This Sunday. Yes. Sunday", Popeyes said in a new ad, reigniting the chicken sandwich wars with Chick-fil-A.

"This has been the biggest launch in the history of Popeyes", Popeyes America's President Felipe Athayde told Yahoo Finance in an interview. According to a Bloomberg report, one franchisee has gone the route of hiring 400 new employees to meet the demand that will nearly certainly come. "Our guests were engaging with us and we made a decision to have some fun alongside them", he added, calling the reaction to the chicken sandwich "truly extraordinary". "We just launched the iPhone of chicken sandwiches", he continued.

"Most Popeyes restaurants are franchised, and employment matters are handled by the franchisees".

"We've learned from this experience and are looking forward to serving the Chicken Sandwich to our guests again".

The sandwich, which proved so popular that it prompted long lines, will make its return Sunday. "Since the launch we've worked hard to make sure we have all of the unbelievable ingredients ready to bring the sandwich back to stores as a permanent addition to our menu".

Sunday's return date appears to have been deliberately chosen specifically because Chick-fil-A is closed on Sundays.