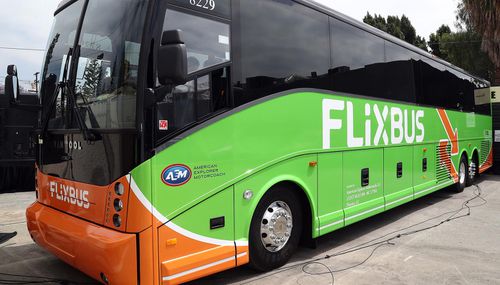 Eleven Britons were among 33 people injured after a Paris-London bus overturned in northern France, French police have said.

The Flixbus toppled over on the A1 motorway near Berny-en-Santerre at around 12noon on Sunday, police said.

The FlixBus crashed on a wet highway and was carrying passengers from the US, Spain, Australia, Netherlands, Romania, Russia, Britain and France.

The bus, operated by FlixBus, lost balance while changing direction on slippery road.

"FlixBus is in close contact with the relevant authorities in order to determine the exact cause of the accident and to ensure all passengers receive appropriate support".

Some passengers were also offered a substitute bus to continue their journey, the paper said.

The bus travels between London and Paris and 32 people were overseas and 1 driver when the accident took place.

The British embassy in France confirmed British nationals were involved in the incident.

"An emergency phone number is available for the passengers and their relatives". They have been taken to nearby hospitals.

The prefecture, which represents the state, said the bus left the road near an exit, but provided no further details.