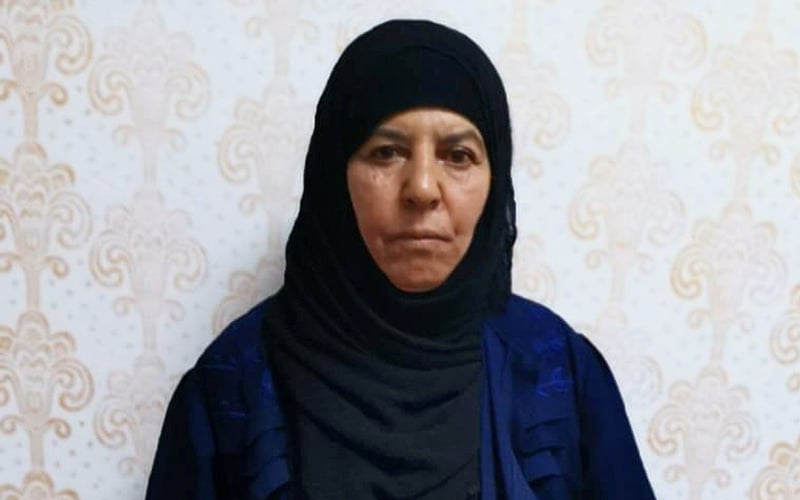 Rasmiya Awad, believed to be the sister of slain Daesh leader Abu Bakr al-Baghdadi, who was captured on Monday in the northern Syrian town of Azaz by Turkish security officials. "She might know networks that Baghdadi trusted, people that he trusted, networks in Iraq that helped her facilitate her own travel and her family's travel", Mike Pregent, a counter terrorism expert at the Washington-based think-tank, Hudson Institute told BBC News.

Turkey captured Awad in a raid in north Syria's town of Azaz, in the Turkish-controlled part of the Aleppo Province.

Awad was with her husband, daughter-in-law and five children at the time of the capture, the official said, adding that the adults are being interrogated.

"This kind of thing is an intelligence gold mine", said the official, speaking on condition of anonymity in line with government protocols.

This file image made from a video posted on a militant website in April 2019 purportedly shows former ISIS leader Abu Bakr al-Baghdadi.

Baghdadi had risen from obscurity to lead the ultra-hardline group and declare himself "caliph" of all Muslims, holding sway over huge areas of Iraq and Syria from 2014-2017 before Islamic State's control was wrested away by US-led coalition forces including Iraqis and Syrian Kurds.

Al Baghdadi's aide, a Saudi, was killed hours after the raid, also in northwestern Syria, in a U.S. strike.

Announcing his death, US President Donald Trump said he took refuge in a tunnel after military dogs chased him.

Baghdadi's successor was named days later and is said to be a scholar, well-known warrior and "emir of war", the terrorist group revealed.