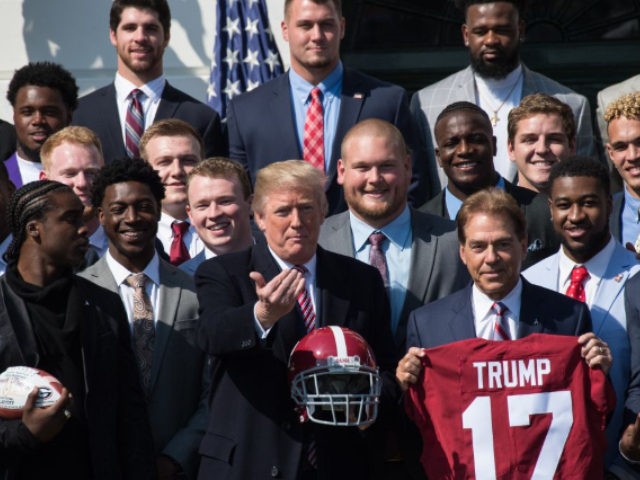 The win snaps LSU's (9-0, 5-0) oh-so-painful 8-game losing streak to Alabama, and puts the Tigers on the precipice of their first SEC West title since 2011, while the Crimson Tide (8-1, 5-1 SEC) will now hope for chaos in the division and elsewhere to keep its streak of five straight College Football Playoff appearances alive.

When the two teams face off on Saturday, Alabama will boast the second most passing touchdowns in college football at 32, while LSU will rely on their proven offensive firepower, as they rank second when it comes to passing yards per game, with 377.6 on average.

Alabama vs. LSU is always a huge game, but this year the stakes are even higher with both teams coming into the game with unblemished records. And it did thanks, again, to Edwards-Helaire. They seemed to find their groove just when the game seemed out of reach, and the back-and-forth drives in the fourth quarter only served to illustrate just how good Tagovailoa and Burrow are at running their respective offenses. The Tigers exceeded that total in the first half alone, with 33 points.

The Tigers' 33 points are the most scored in one half against Alabama under Nick Saban, according to ESPN Stats & Info.

The biggest game this week - if not the entire season - pits undefeated Alabama against undefeated LSU. K'Lavon Chaisson was the star of the show, including a thunderous third-and-short stop of Najee Harris on the Crimson Tide's first drive of the second half.

One of the big questions for Alabama is the health of their quarterback Tua Tagovailoa, who injured his ankle three weeks ago in the first half against Tennessee.

With the score 46-34 with 90 seconds to play, Tagovailoa (who finished 21-for-40 for 418 yards, four touchdowns and an interception) hit DeVonta Smith for an 85-yard touchdown pass that provided the final margin. I'm actually going to the game.

Alabama's Student Justice Coalition was among several groups which staged a sit-in on the steps of Gorgas Library Friday ahead of Trump's visit, local AL.com reported.

Another Alabama fumble - this one by punter Ty Perine on a bobbled snap - giving LSU the ball at Alabama's 40 with a 7-0 lead and a chance to deliver an early haymaker.

That means it's easy to envision Alabama getting left out of the four-team field at the end of the season.