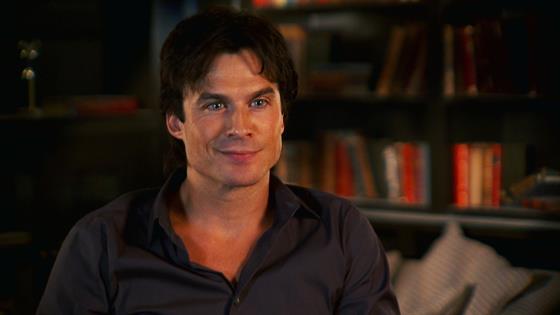 V-Wars is eagerly awaited by Vampire Diaries fans for the simple and good reason that Ian Somerhalder, the unforgettable Damon Salvatore, is the headliner. Swann begins investigating after a series of vampire killings. Netflix has released the first official trailer for V Wars, a sci-fi thriller based on the comics by New York Times best-selling author Jonathan Maberry. Could anyone else deliver the line "I am a doctor", while shooting someone in the face, quite like Somerhalder?

Swann and Fayne take two different paths in life as Luther races to find the cause of the disease while Michael becomes a powerful vampire. Pretty soon, it is humans versus vampires, and Luther is pitted against his own brother like friend, who has now managed to become the leader of the underground vampires. "V-Wars isn't about supernaturals, it's more about science and society, about relationships and love". The idea that a biological pathogen that remains hidden and latent is exposed due to rapid climate change and the melting of glacial ice wreaks havoc on the world is not so far fetched, unfortunately.