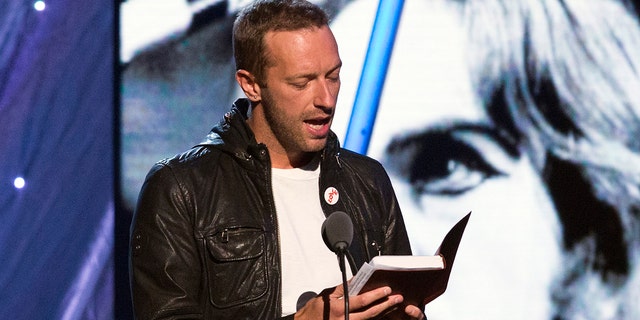 "We've done a lot of big tours at this point", he told the outlet.

With a new album, Everyday Life, to promote, Chris Martin has recently been speaking about the future of the band and it's noticeable that he has been coy when asked about the potential of an upcoming tour.

The tour revelation comes weeks after the band announced their new double album by sending typewritten notes to some of the group's biggest fans.

The album Everyday Life will be released today. "We're taking time over the next year or two, to work out how our tour cannot only be sustainable [but] how can it be actively beneficial".

He said the band has had a number of major tours and wants to find a way to make the next tour more about giving than taking.

The band last toured the world with their A Head Full of Dreams Tour, which saw them stage 122 shows across four continents in 2016 and 2017, including Croke Park.

The carbon emissions released while flying between show locations is the hardest part of making a tour environmentally sustainable, Martin told the BBC, but he said the band hopes to make their shows largely solar-powered and avoid single-use plastics.

The band's new album, Everyday Life, is being released on Friday but its members have chose to play only two gigs, both in the Jordanian capital Amman, which will be broadcast free on YouTube.

"If you've had the privilege of travelling around the world, you know we're all from the same place", he went on. "In a very gentle British way, this record is us saying we don't feel different from any human on Earth".

Other big-ticket artists have addressed carbon emissions and environmental impact at their shows in recent months.

"Our next tour will be the best possible version of a tour like that environmentally", he explained. The band will also be playing a one-off show next week in the United Kingdom at the Natural History Museum in London.