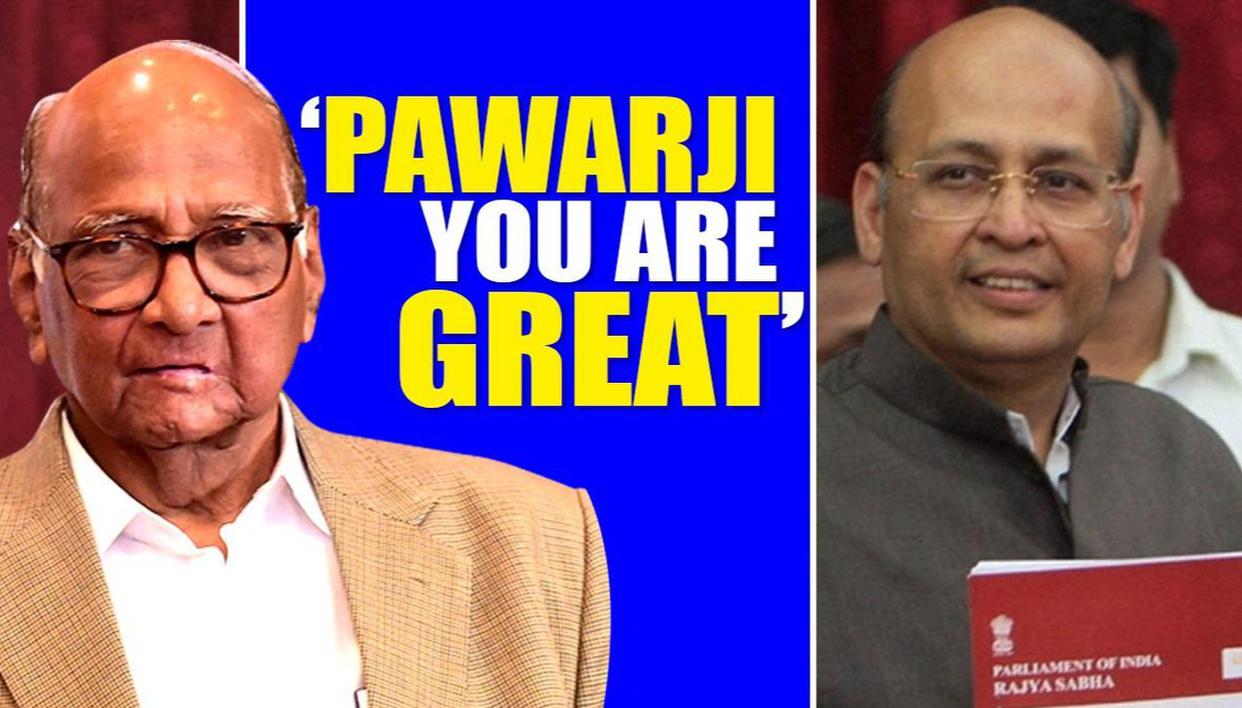 Sources say that Ajit Pawar may not have joined hands with the BJP without the blessings of his uncle. The opposition may accuse the BJP of sabotaging the formation of a stable government by the Shiv Sena-NCP-Congress, whose leaders looked all set to meet the governor on Saturday. Ajit had acted on his own, he told the media.

One of the major Maharashtra newspapers Loksatta headlined their front story "An agreement on Uddhav's name", where it mentions that NCP chief in the first joint meeting of the leaders of the three parties declared it was a unified decision that Thackeray should lead the Maha front.

Sharad Pawar said that only 10 to 11 MLAs were there with Ajit Pawar, who was sworn in as the Deputy Chief Minister on Saturday morning. Sharad Pawar met Prime Minister Narendra Modi earlier this week in the name of farmer problems and so, rumors are that Sharad Pawar himself ditched Sena and Congress. The article also mentioned that the classic U-turn in state politics, the Sena shifting from saffron to secular, apart from NCP-Congress bigwigs accepting him as their senior-most leader, the pressure and responsibility on Uddhav now lies beyond Matoshree.

The Maratha strongman claims that he was unaware of his nephew Ajit Pawar siding with the BJP at the last moment, leading to an early morning swearing in of Devendra Fadnavis who is back at his throne.

NCP chief Sharad Pawar said that action against Ajit Pawar will take as per the procedure. Vasantdada Patil became the chief minister his place which led to a division in the party.

Fadnavis thanked Ajit Pawar, the MLAs supporting his government and Independent legislators. "This is sheer blackmail", he added, likely referring to the Enforcement Directorate case against Sharad and Ajit filed in September this year. After the BJP refused to form the government, the Governor invited Shiv Sena followed by the NCP with 54 seats the next day. Since then, the Sena had been struggling to form an alliance with the Congress and the NCP.

Governor Bhagat Singh Koshyari administered the oath of office and secrecy to the two leaders in a ceremony at the Raj Bhavan.

"Hence they (NCP) made a decision to come with BJP and along with us more allies have supported us".

In 2014 too, the NCP had supported the BJP and helped it form government.