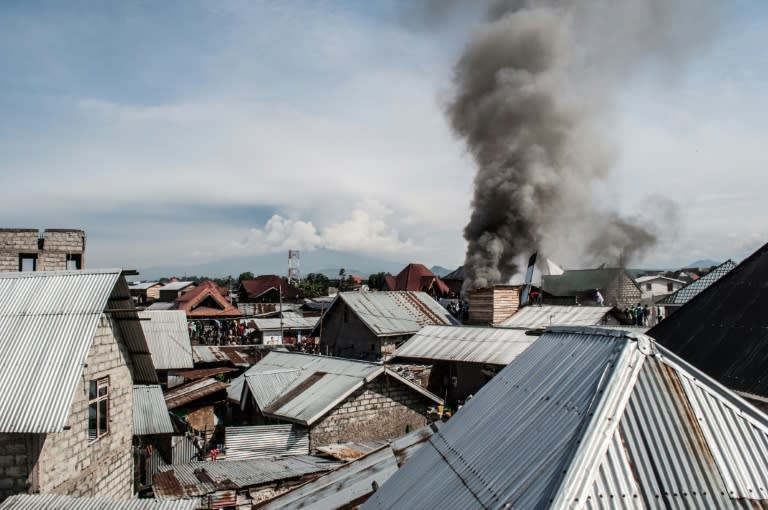 Earlier, the National Border Health Program said there were two survivors, including a crew member, who were being cared for at a local hospital.

The flight, which was destined for Beni, 350 kilometres away in the north Goma, came down less than one minute after take-off, according to eyewitness account.

A small plane with 18 people on board crashed during take-off on Sunday, coming down in a residential area of Goma in the Democratic Republic of Congo.

All of the country's commercial carriers, including Busy Bee, are prohibited from operating in the European Union.

Joseph Makundi, the coordinator of rescue services in Goma, told Reuters that 27 bodies had been recovered from the rubble, including those of several people hit by falling debris. It was unclear how many others on the ground may have been killed or injured.

There is now no information what happened with the passengers and crew, or whether there are casualties on the ground.

One of the company's maintenance workers at the site quoted by news site actualite.cd blamed a "technical problem" for the crash.

The UN mission in Congo said it sent an Emergency Crash and Rescue team with two fire engines to support Congolese authorities.

A statement from Nzanzu Kasivita Carly, the governor of the North Kivu province, had earlier said that there were 17 people aboard the aircraft, AP reported.

Some 27 people are now known to have died after a passenger plane crashed in eastern Democratic Republic of Congo.