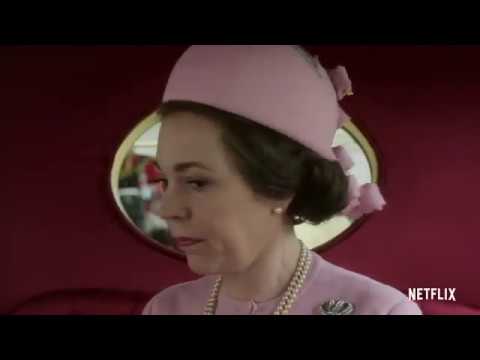 Earlier this week, there were reports that the actress would be Olivia Colman's successor as Queen Elizabeth II in seasons five and six of the royal drama.

Staunton, 63, will reportedly pick up the role from Colman, 45, for Seasons 5 and 6 of the hit Netflix series.

Netflix has responded to reports that they've cast Imelda Staunton as the next Queen Elizabeth in The Crown.

Season three of The Crown is on Netflix now. That's because Season 1 was released on Netflix on November 4, 2016, Season 2 arrived on December 8, 2017 and Season 3 hit on November 17. She had won an Academy Award in 2007 for playing Queen Elizabeth II in "The Queen" movie. "Therefore, any news on casting remains pure speculation".

Olivia Coleman will play the monarch for the fourth season of The Crown, and the show's future is unclear beyond that point.

Season one and two saw Claire Foy take the leading role alongside Matt Smith as Prince Philip and Vanessa Kirby as Princess Margaret.

The current speculation is that Season 4 of "The Crown" will be set between 1979 and 1990, which is when Margaret Thatcher reigned, and we already know that "X-Files" icon Gillian Anderson will play the Iron Lady.

And with the new season comes a number of big casting changes, as well.

Season four is in production now and it will introduce the late Princess Diana as a character, who will be played by relative unknown lookalike Emma Corrin. Though Staunton is an incredibly accomplished actress, you probably know her best as Dolores Umbridge from the Harry Potter movies.