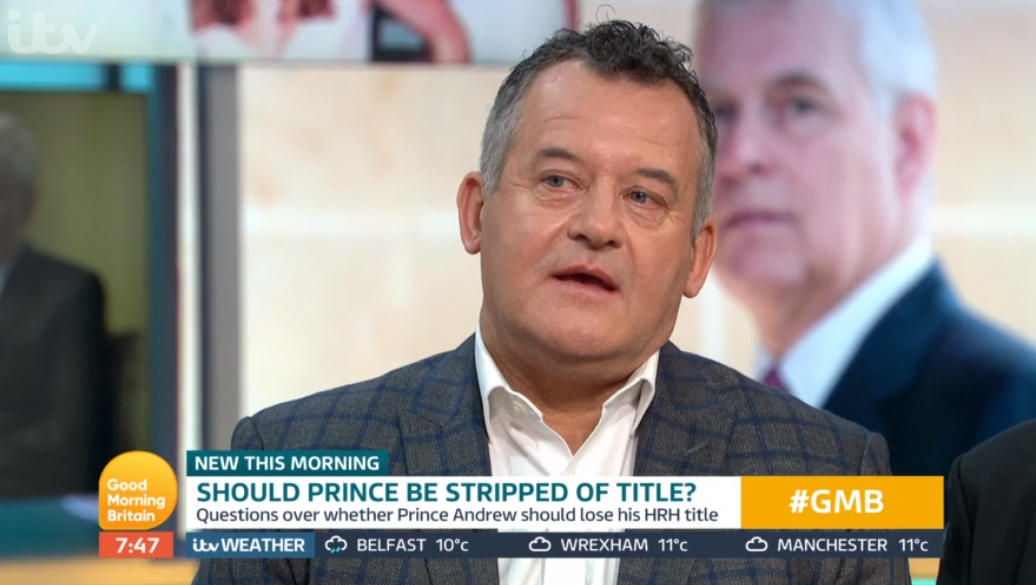 Other royals include Kate, the Duchess of Cambridge, though her husband, Prince William, will be away on an official visit to the Middle East.

Public sentiment towards Prince Andrew has escalated in the wake of an interview he did with the BBC, prompting the 59-year-old to "step back from public duties for the foreseeable future". The royal couple has had few instances over the past several months that ruffled feathers including shutting the press out of baby Archie's christening, supposedly feuding with Prince William, and advocating for climate change while taking private jets.

Last week, Andrew announced that he stands down from all public duties following his controversial BBC interview, during which he specifically admitted that he didn't regret his relationship with convicted billionaire paedophile Jeffrey Epstein as it had "seriously beneficial outcomes" for him.

There were reports at the weekend the duchess was instrumental in pushing for Andrew to take part in the 50-minute long Emily Maitlis interview on BBC's Newsnight - widely viewed as a PR disaster.

A source said: "William is becoming more and more involved in decisions about the institution and he's not a huge fan of his uncle Andrew".

"His suicide has left many unanswered questions, particularly for his victims, and I deeply sympathise with everyone who has been affected and wants some form of closure".

"At the risk of sounding melodramatic, I really would compare it to 1936 and the abdication of Edward VIII".

The Times reported that the Queen will host a small family dinner instead of the planned larger celebrations in February for the Duke of York, who last week announced he would be stepping down from public life.

Within hours, the Duke was summoned to Buckingham Palace by the monarch.

In 2008, more than 400 guests were invited to the Palace including European royals, celebrities and members of the Prince of Wales' charities.

However, Prince Andrew didn't have much choice.