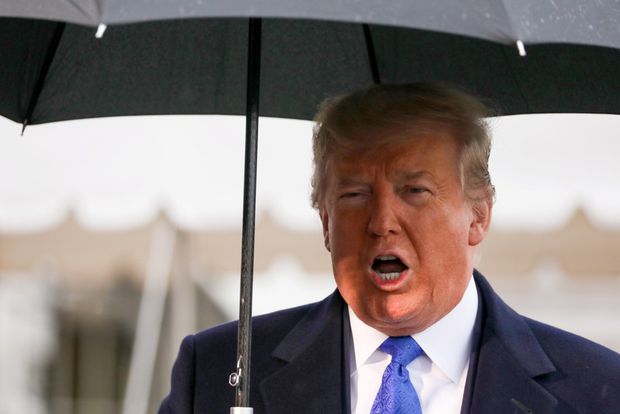 Two appeals courts have already ruled that he must make documents available, including information held by the accountancy firm Mazars USA, but decisions are pending in the Supreme Court.

"The Supreme Court has said that a high degree of deference should be accorded to actions taken exclusively by Congress", the court's opinion said.

The court said Congress was acting within its constitutional authority to investigate a series of significant issues, including whether Trump was "vulnerable to foreign exploitation". Judge Debra Livingston, also appointed by Bush, dissented in part. House Democrats, now in the midst of an impeachment inquiry against the president, hope the extensive financial records detail Trump's income, partners, business deals and any potential ties to foreign governments or illegal activity, according to the Times.

In a decision written by Circuit Judge Jon O. Newman, the appeals court said that while Trump and his children might suffer a loss of privacy if the documents were disclosed to Congress, the records had to do with their business ventures, not intimate personal details.

The Supreme Court ruled in a separate case on November 26 that Trump is not required to release his financial records while the court decided whether to deliberate on the case. The panel ruled that "any presidential immunity from a state criminal process does not bar the enforcement of such subpoena", according to the opinion written by Chief Judge Robert Katzmann.

Deutsche Bank is Trump's biggest lender, and records from the bank would reveal extensive information about his business dealings and partners.

Following a motion from media organizations including The Washington Post and CNN to have the name of the person or organization made public, Deutsche Bank told the appeals court it does not have Trump's tax returns. A 2017 disclosure form showed that Trump had at least $130 million of liabilities to the bank.

"We might find out whether Trump has, to the public, overstated his assets and understated his personal benefit from his tax cut", said Charles Tiefer, a former longtime House lawyer who is now a University of Baltimore law professor.

"As we have said previously, we remain committed to providing appropriate information to all authorised investigations and will abide by a court order regarding such investigations", a Deutsche Bank spokesman said of Tuesday's decision.