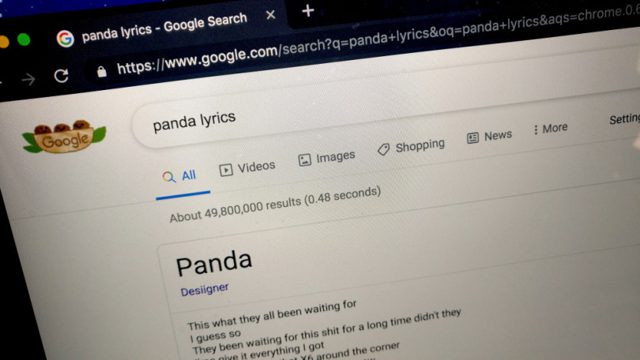 The website stated that Google copied music lyrics from Genius without proper permission and is now demanding $50 million in restitution.

The issue first surfaced a few months ago, but now, Genius Media, the platform in question, has made a decision to take action on the matter.

Along with accusing Google of stealing its lyrics, Genius also alleges that the search engine makes it hard for the public to access organic search results.

The company's lawsuit "seeks to halt [Google's] unethical and unfair anticompetitive practices". In addition to monetary damages, Genius is seeking injunctions against Google and LyricFind to bar them from misappropriating its content.

Today, the WSJ reports that the new Genius lawsuit "puts the spotlight on growing concerns that big tech companies like Google, a unit of Alphabet Inc., can stifle smaller competitors through some of their business practices".

Google and Genius have a sordid past, but this is Genius' first turn playing the victim. Genius says that Selena Gomez's "Lose You To Love Me" generated 600k views on its website on 23 October alone (the day of its release), with Genius the first organic search result on Google for "lose you to love me lyrics" until 3 November, generating a 75% click-through rate.

Google says it actually licenses the song lyrics from LyricFind, which relies on multiple sources to pull the text.

LyricFind, on the other hand, noted that their team sources the lyrics from various websites and since those websites also show the same watermarks, it's possible that they "unknowingly sourced Genius lyrics". After the Journal article was published, Google stopped surfacing lyrics with Genius's original watermark, according to the lawsuit.

"One of Genius's primary services is the development and maintenance of a vast repository of annotated music lyrics, some of which are artist-supplied and many of which are transcribed and refined by a community of over two million Genius contributors". "Google knowingly displays lyrics that are copied from Genius in search results in order to keep users from leaving Google to go to other sites", Genius's chief strategy officer, Ben Gross, told Gizmodo in June.

Tottenham Fans Don't Love Me Yet - Mourinho
I wonder which jobs in Europe would be available for Poch when he returns... "It is my intention to return to manage in Europe". Saturday's 3-2 defeat of Bournemouth supposed Jose Mourinho had overseen three victories within 10 days of taking on. 12/05/2019