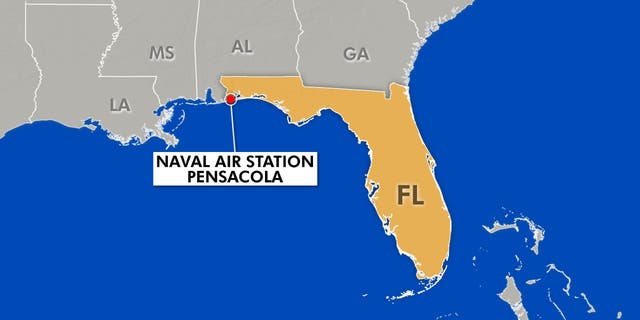 Authorities are investigating Friday morning's deadly shooting at Naval Air Station Pensacola in Florida as a possible act of terrorism perpetrated by a Saudi national who was in the USA for aviation training.

The suspected gunman who killed three people before being shot dead at a Naval base in the state of Florida was a Saudi aviation trainee, a US Navy Southeast Region spokesperson confirmed on Friday.

Little information was immediately available about the incident at the military facility in Florida.

The base is the centre for the US Navy foreign military training programs, established in 1985 specifically for Saudi students before being expanded to other nationalities.

The shooter was identified as Mohammed Saeed Alshamrani, a member of the Saudi military, a USA official told The Associated Press.

The FBI, Naval Criminal Investigative Service, and the Bureau of Alcohol, Tobacco, Firearms and Explosives were leading the investigation into the shooting.

Earlier Friday, two US officials identified the student as a second lieutenant in the Saudi Air Force, and said authorities were investigating whether the attack was terrorism-related. Military from around the globe attend the Naval Air Station in Pensacola for flight training. The injured, which included two Sheriff's Deputies, who were wounded engaging the shooter, were rushed off to nearby hospitals.

The Pensacola base, near Florida's border with Alabama, is a major training site for the Navy and home to its aerobatic flight demonstration squadron, the Blue Angels. "I just want you to know there's an active shooter on base'". The base employs more than about 16,000 military and 7,400 civilian personnel, according to its website.

This is the second shooting to have taken place at a U.S. naval base this week.

The shooting came two days after an sailor opened fire at employed at Pearl Harbor Naval Shipyard near Honolulu, Hawaii.