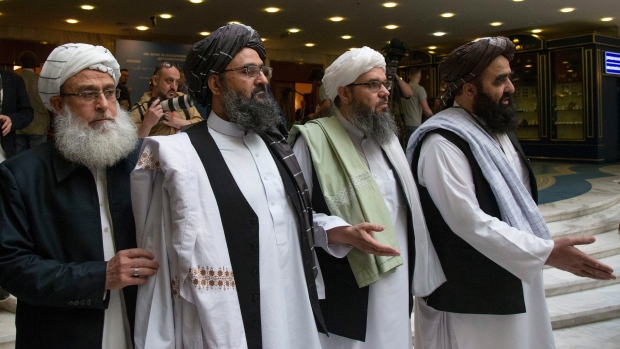 However, in conversation with American troops at the Bagram Air Base last week, Trump said that the Taliban wanted a deal and had also agreed to a cease-fire.

President Donald Trump had ended talks with the Taliban three months ago but the current diplomatic push is aimed at breaking the impasse and end the war in Afghanistan.

US peace envoy Zalmay Khalilzad on Saturday held the first official talks since September with the Afghan group in Qatar's capital, Doha, a US State Department spokesperson said.

The source said efforts are on to end the nearly two decades of war in Afghanistan.

Meanwhile, the USA military in its daily report said Saturday night that United States airstrikes killed 37 members of the armed group and the operations of the National Security Forces of Afghanistan killed another 22 of the rebels.

The US-Taliban talks had made progress in September, and a deal was about to be signed but Trump pulled away, saying the negotiations were "dead".

Trump has expressed frustration with the longest USA war repeatedly saying he wants to bring the 12,000 American soldiers home and calling on Afghanistan's own police and military to step up.

The Taliban, which now holds sway over almost half of Afghanistan, has continued to carry out near-daily attacks against military outposts throughout the country.

Even during the stalemate in the talks, Khalilzad has made a tour of nations with interests in Afghan peace in recent weeks, including Pakistan.

The Taliban delegates on December 7 reportedly included Anas Haqqani, who was among three senior Taliban freed in a prisoner swap last month for an American and an Australian professor who had been kidnapped and held by the Taliban for three years. "The focus of the discussions will be reduction of violence that leads to intra-Afghan negotiations and a cease-fire", the official said. Speaking on Friday at a luncheon hosted by the Meridian International Centre, a nonpartisan, public diplomacy organization in Washington, former U.S. and North Atlantic Treaty Organisation forces commander Gen. John Nicholson, cautioned against making any agreements with the Taliban that does not bind the group to a nationwide ceasefire or a reduction in the level of violence. However, the Taliban insist matters related to cessation of hostilities with Afghan security forces would only be on the agenda when Taliban-Afghan negotiations are launched.

Nicholson said the presence of a US counterterrorism mission in post-withdrawal Afghanistan must also be part of the negotiations with the Taliban to deter future terrorist attacks on America.