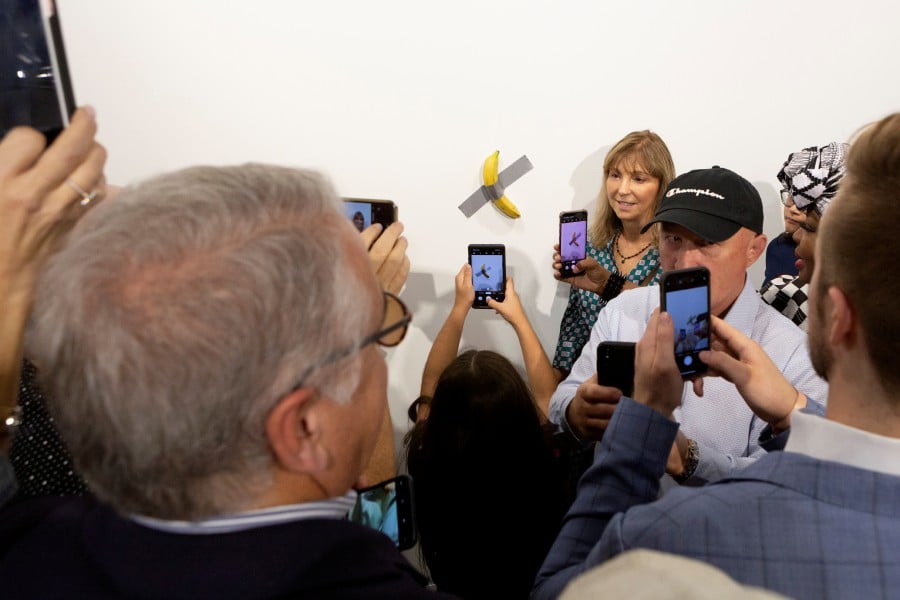 The biggest story out of this year's Art Basel, the globe-trotting art fair taking place in Miami, has undoubtedly been about "Comedian".

Now, this may not seem incredibly important or shocking, but the piece of fruit was reportedly worth more than $100,000.

The banana was stuck to a wall with duct tape by Italian artist Maurizio Cattelan, someone who is already known for his satirical artwork. It was replaced by the gallery, which insists the sculpture still survives. "The banana is the idea", quotes News 18.

Remember that viral story about a banana duck taped to a wall worth United States dollars $120,000?

Entitled "Comedian", the artwork comprised a banana bought in a Miami grocery store, and a single piece of duct tape.

The piece was recently stolen from an exhibition at Britain's Blenheim Palace.

Roderick Webber, 46, was arrested on charges of criminal mischief after the vandalism was reported just before 5 p.m. on Sunday, Miami Beach Police spokesman Ernesto Rodriguez told the Herald.

After Datuna consumed the banana, the gallery taped another one to the wall.

Datuna made light of his action in an Instagram post he titled "Hungry Artist", writing, "Art performance by me".

In another video, the artist can be seen escorted by the gallery officials and security, presumably for questioning.

"In the end, one day I woke up and I said, 'The banana is supposed to be a banana'".

He said: "Wherever I was travelling I had this banana on the wall". Lucien Terras, a spokesman for Galerie Perrotin, told the Miami Herald that the piece is not destroyed. According to CNN, it is uncertain at this time as to whether or not Maurizio Cattelan will purchase more bananas and create more "Comedians".

Fortunately for the buyer, the work was apparently sold with a certificate of authenticity, with owners allowed to replace the focal fruit as and when it is needed.