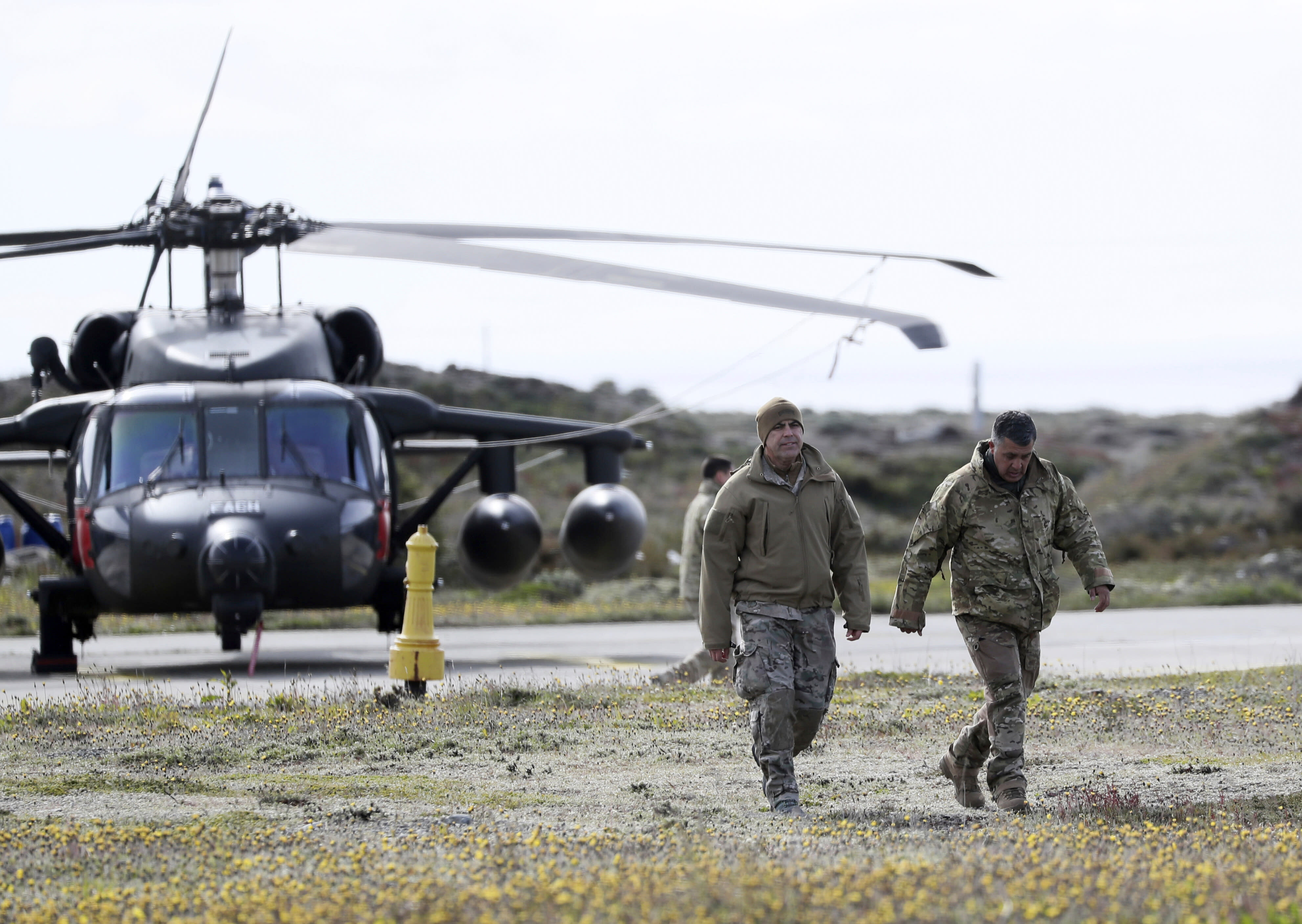 General Merino said now that authorities had discovered remains, they would be analysed to confirm they were those of the plane's passengers or crew. Personal items include a backpack and a shoe, officials said.

The debris included floating pieces of sponge, which the air force said "could be part of the remains of the sponges of the internal fuel tanks of the C-130".

"I would like to express our condolences, support and the pain we are feeling for the human drama that the family of those who were on board are now experiencing", said Espina in Punta Arenas.

The aircraft, which was heading to a base in Antarctica on a regular flight, disappeared shortly after taking off late on Monday from the southern city of Punta Arenas in Chilean Patagonia. Radio contact was lost 70 minutes after the Monday takeoff.

Human remains were also found and Jose Fernandez, the Intendant of the Chilean region of Magallanes told local media: 'In the afternoon, the Air Force informed us of some news that shocked us; the finding of bodies in the Drake Passage and also part of the fuselage belonging to the missing plane'.

Authorities in Chile searching for a military transport plane that vanished earlier this week while en route to Antarctica made a grim announcement Thursday, revealing they located the aircraft and human remains.

Merino, flanked by Defense Minister Alberto Espina and other officials, confirmed reports that human remains had also been recovered from the sea. While the area is known for having severe weather conditions, officials said that there was no bad weather in the forecast when the plane took off.

Most of the wreckage is at the bottom of the ocean, more than 2 miles underwater, and recovery could be hard, officials said.

It may be impossible to return some of the crash victims to their families, he said. "It's just not possible", Coleman told the AP.