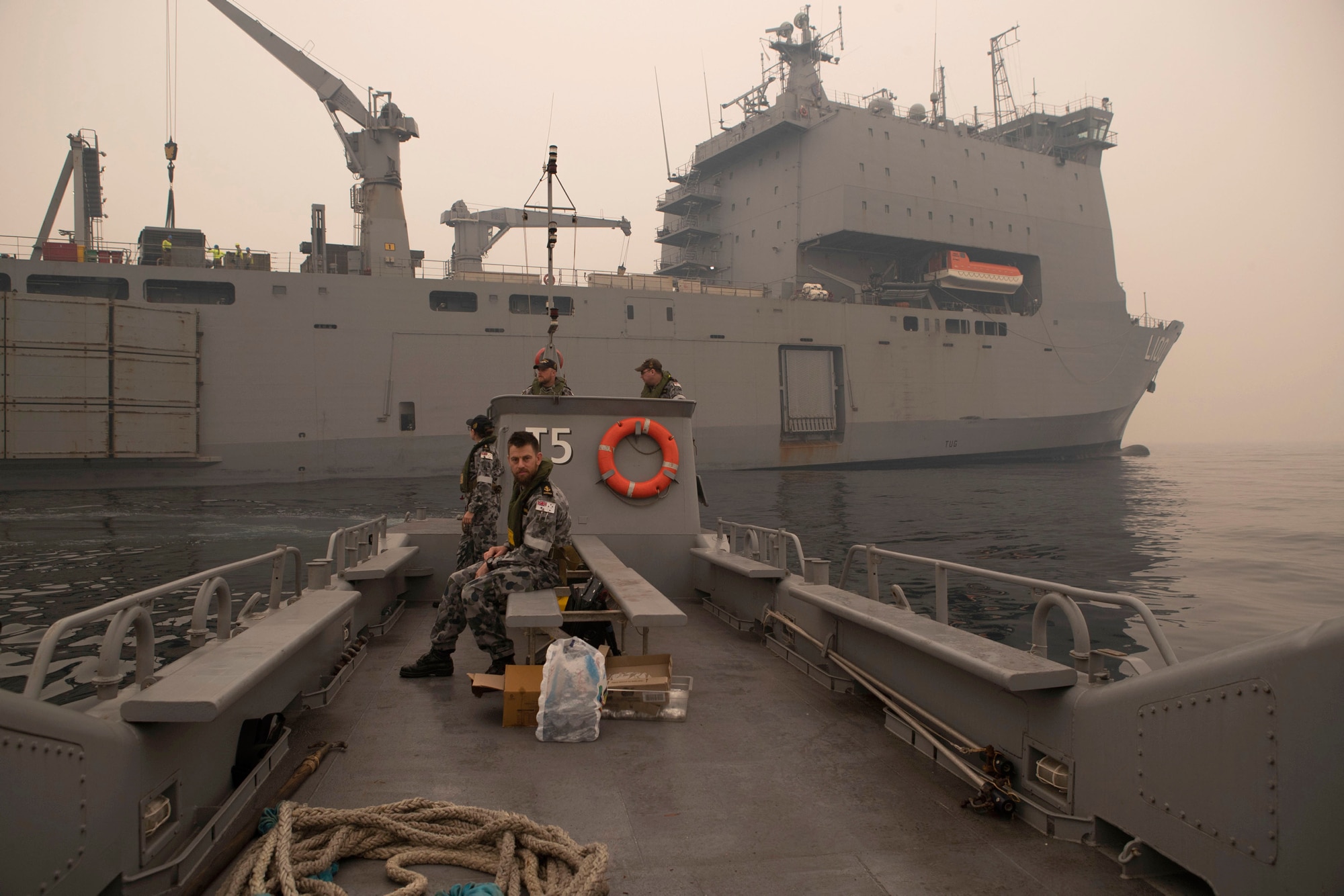 More than 2,000 firefighters are on the ground in New South Wales alone, and other countries, including the United States and Canada have sent firefighters to help. The agency, headed by former federal police chief Andrew Colvin, will help bushfire affected communities recover, media reports said.

On Friday, PM Morrison said that he was inclined to cancel an official trip to India planned for this month in order to deal with a bushfire crisis ravaging parts of his country. "It's important we are addressing the mental health needs as well as the many other health needs that will need to be addressed", Morrison said.

Defense Minister Linda Reynolds said it was the first time that reservists had been called up "in this way in living memory and, in fact, I believe for the first time in our nation's history".

In a tweet, Morrison said: "The video message simply communicates the Government's policy decisions and the actions the Government is undertaking to the public".

Shane Fitzsimmons, the commissioner of New South Wales' Rural Fire Service, on Sunday morning told reporters that he was "disappointed and frustrated" that the government had not told him about the ADF support before announcing it publicly. Last week, he was heckled when he visited a township in New South Wales where houses have been destroyed and one of them belonged to one of the three volunteer firefighters who have died in the crisis.

Earlier, the New South Wales (NSW) state had declared a state of emergency, with bushfire conditions expected to worsen over the coming days as a record-breaking heatwave sweeps across the country.

"At this stage, we can't account for their safety".

Scott Morrison announced on Saturday that he would dispatch 3,000 army, navy and air force reservists to help battle the fires.

"We are facing another extremely hard next 24 hours", Morrison said at a televised news conference.

Morrison said the creation of the national agency, along with the deployment of naval ships and aircraft to help evacuate people who have been stranded by fires for days, was not a reflection on the performance of the state agencies, who had done "extraordinary work".

In the far south, Eden residents were able to return to their homes on Sunday as crews continued to battle the Border Fire which has scorched 271,000 hectares since igniting west of Victorian town Mallacoota.

The deadly wildfires, which have been raging since September, have already burned about five million hectares (12.35 million acres) of land and destroyed more than 1,500 homes. In NSW, 18 people lost their lives in 150 bushfires burning, 64 un-contained across the state.

"We still have those dynamic and risky conditions - the low humidity, the strong winds and, what underpins that, the state is tinder dry", Victoria Emergency Services Commissioner Andrew Crisp said.

Firefighters said it was too late to evacuate people from the area after the weather caused major fire fronts to merge in NSW and a "fire-generated thunderstorm" to form 178 miles south of Sydney.

Kevin Love visibly frustrated on court in Cavs' loss
Love is said to have been screaming in front of teammates, coaches, and other front office members that there was "no feel here". While Love has yet to publically confirm that he is requesting a trade, all signs seem to point in that direction. 1/06/2020

Jennifer Aniston, Paul Rudd Join List of 2020 Golden Globes Presenters
Cynthia Erivo for the best actress in drama, Charlize Theron for her role in Bombshell , and Renee Zellweger for the role in Judy. Lopez was last nominated for a Golden Globe in 1998 for Selena . "Momentum is ready to be built out of this", added Hammond. 1/06/2020

The World's Safest Airlines For 2020 Have Been Named
Four other US carriers earned seven of seven possible stars in the AirlineRatings ranking: American , United , Delta and JetBlue. Despite not making it into this year's top 20, British Airways still maintains a seven-star rating on AirlineRatings website. 1/06/2020

Tsitsipas records first win of the year, over Zverev
The United States took the first singles off Norway in Group D when Taylor Fritz beat Viktor Durasovic 6-2, 6-2 in Perth. Jamie Murray and Joe Salisbury won the deciding doubles to secure the tie for Great Britain, 2-1. 1/06/2020

Five dead and dozens injured in horror crash on Pennsylvania Turnpike
Somerset Hospital said in a statement that it treated and released 18 patients involved in the crash. The National Transportation Safety Board is assisting with the investigation. 1/06/2020

José Mourinho expects long injury absence for ‘irreplaceable’ Harry Kane
"I think one thing is potential and another thing is conditions to express potential and I think he needs time". One possible replacement for Kane in the Spurs line-up is 17-year-old Republic of Ireland global Troy Parrott. 1/06/2020

Prince Harry and Meghan Markle help couple take selfie during Canadian hike
Kantorowicz said Markle was "so friendly" and "extremely nice". We would not have recognized them had they not approached us. Meghan also took this pic of her man with Master Archie . 1/05/2020

Zlatan Ibrahimovic sends clear message to Cristiano Ronaldo
"After Atalanta, I got lots and lots of calls, it wasn't a hard decision in the end", said Ibrahimovic . Ibrahimovic scored 56 goals in 85 appearances during his first stint at the club between 2010 and 2012. 1/05/2020

Port Vale: The FA Cup defense begins
'Of course I'd like him to stay. "I'm so confident and I'm so delighted with the three-and-a-half years we've had together", Guardiola told reporters. 1/05/2020