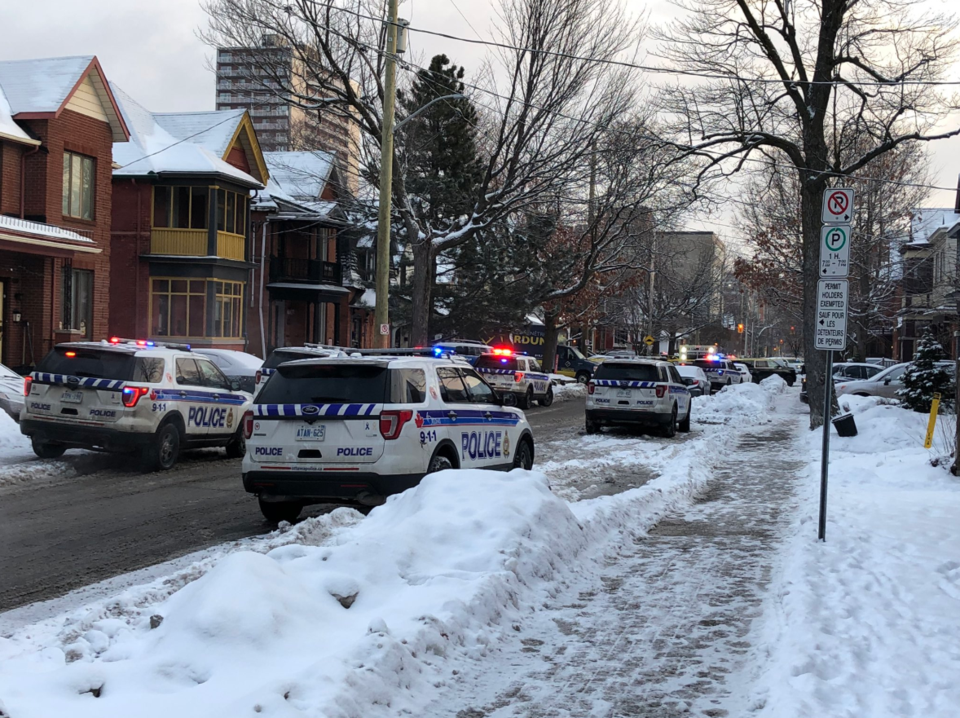 Mark Ignatiev lives nearby and says the home where the shooting took place is an Airbnb with three units across two floors.

The incident unfolded just after 7 a.m. local time, with police and paramedics called to the scene about a kilometer south (0.6 miles) south of the city's Parliament Hill.

Initial report said there were "many injuries" following the shooting.

Police advised the public to avoid the area.

The ages and genders of tall he victims are not yet known.

Acting Insp. Francois D'Aoust says police believe the shooting was targeted and there was no active gunman.

In addition to the tweets from the Ottawa Police, the Parliament of Canada Protective Service also sent out a message to federal employees warning them about the situation.

'Be advised: Active shooter near Gilmore St. and Kent St.

Gilmour Street and neighbouring James Street were closed this morning between Kent and Lyon streets. Be vigilant. Shooter is still at large, ' the message reads.

Once they arrived, one man was without vital signs and three others who were injured were taken to hospital.