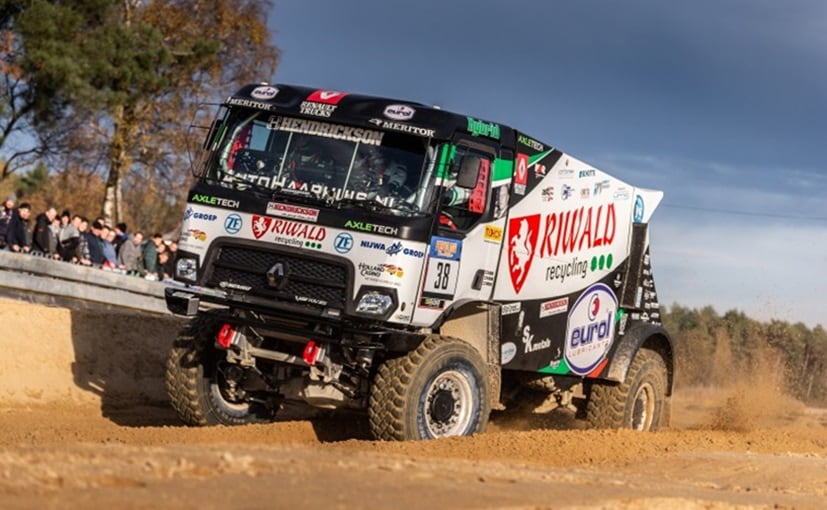 Portuguese motorbike rider Paulo Goncalves has died after a fall in the Dakar Rally, race organisers announced on Sunday.

A helicopter arrived with the rider eight minutes after organisers were alerted to the crash, but he was pronounced dead at Layla Hospital.

"The entire Dakar (family) would like to extend its honest condolences to his friends and family". He made his debut in 2006 and had finished four times in the top 10, including an impressive performance as runner-up to Marc Coma in 2015.

He was the 25th Dakar fatality since the inaugural edition of the gruelling motorsport marathon in 1979, and the first since Polish rider Michal Hernik was killed in 2015 in Argentina.

During Sunday's 339-mile Riyadh to Wadi Al Dawasir test, the Portuguese rider crashed after 171 miles - in an area that alternated between wavy sand planes and dunes - at 1018am local time.

"The target now is to do my best, because the result at the end...there is no way to get a good result".

The 2013 cross country rallies world champion was representing the Indian Hero Motorsports team, along with his brother-in-law Joaquim Rodrigues, after five years racing with Honda.

On a sombre day in the desert Sainz tightened his grip on the overall auto standings with his third stage win of this year's edition.

Sainz in a Mini completed the longest special between Riyadh and Wadi ad-Dawasir over two minutes clear of Toyota rival Nasser Al-Attiyah with his fellow Mini driver Stephane Peterhansel in third.

In the motorbike class, US rider Ricky Brabec continues to lead.

Baltimore Ravens: What went wrong against Tennessee Titans
Next week, they will go after their second Super Bowl trip and first since the 2000 season, either at Kansas City or Houston. The Titans gave up 530 yards, but prevented Baltimore from scoring a touchdown until the fourth quarter. 1/13/2020