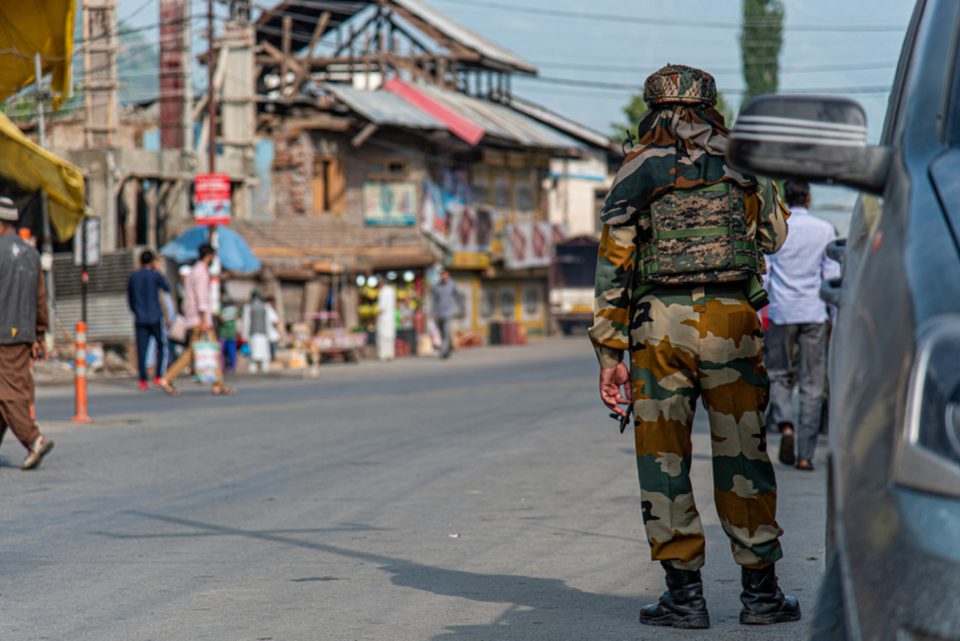 The Twitter handle of US State Department's bureau of South and Central Asian Affairs (SCA) said that it was closely following the visit of US Ambassador to India Keneth Juster and other foreign envoys' visit to Jammu and Kashmir.

Senior US diplomat Alice Wells has expressed concerns over the continued detentions and internet shutdown in India Occupied Kashmir (IOK).

The chief U.S. diplomat for South Asian affairs, Alice Wells, has expressed concern over continued detentions and internet-shutdown in occupied Kashmir, days before her visit to New Delhi for bilateral talks.

While terming the diplomats' J&K visit as an important step, the USA government said it "remains concerned by the detention of political leaders, residents, and Internet restrictions" in the Union territory.

Wells will travel to New Delhi from January 15-18 to attend the Raisina Dialogue. Before arriving in Islamabad, Wells will be in Sri Lanka from January 13-14 during which she will interact with high-ranking officials.

On Friday, they met representatives of the civil societies and political groups in Jammu.

The highly militarized zone was locked down with thousands of additional troops with the political leadership imprisoned and a communication lockdown imposed days prior to the final decision.

Declaring that access to the Internet is a constitutionally protected right under Article 19 (1)(a) of the Constitution, the Supreme Court today ordered the Jammu and Kashmir Administration to review within a week all orders imposing curbs in the newly created Union Territory following nullification of Article 370.

The entire political leadership in the region is already either in Indian prisons or under house arrest. The Supreme Court had asked the J&K government last week to review their orders.

The government had said that the objective of taking the foreign envoys to Kashmir was to help them see the efforts to bring back normalcy in the valley after the scrapping of provisions of Article 370.

It was followed by interactions with civil societies from diverse backgrounds, media, and a group of political leaders of the country.

"European Union envoys declined an invitation, apparently because the visit did not include meetings with three former chief ministers, who continue to be in detention and whose parties dominated Kashmiri politics", reported an American broadcaster, Voice of America.

Malta’s Labor Party picks new chief after reporter’s slaying
Both have insisted that they represent continuity, and emphasized their determination to keep the economy on its stellar path. The Labour Party has won. let us work together for unity", the new prime minister was quoted as saying by the media outlet. 1/13/2020