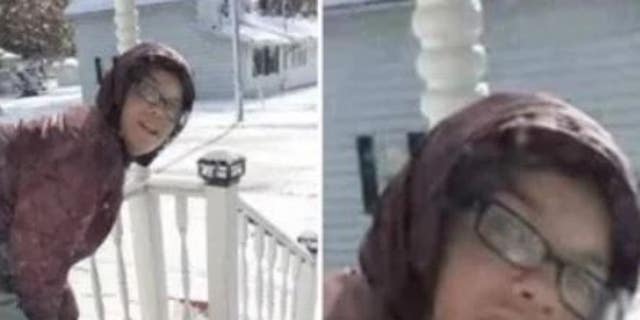 Harley Dilly, 14, went missing December 20 and was discovered dead Monday after police made a decision to search a summer home that was under renovation across the street from his OH home. Hickman sent out a news release after 8 p.m. stating that Dilly, at that point, was still missing. Police had already looked around outside of the house, which had been locked and had no signs of forced entry, Hickman said.

Authorities found Harley's coat and glasses on the second floor of the home, beside the brick chimney, Hickman said. Anyone who has information about Harley is asked to call the police. The chimney is blocked between the first and second floors, causing Harley to become trapped, Hickman said. His family was notified early this morning, and this appears to be an accident'.

Police are saying Harley Dilly's death was accidental and foul play does not appear to be a factor.

PHOTO: There was a police presence near the residence of Harley Dilly in Port Clinton, Ohio, Jan. 13, 2020.

Dilly was last spotted going to school on December 20 between 6 a.m. and 7 a.m.

¯ Neither Harley's family nor Harley had any relationship with the owners of the vacant home.

"This is a tragic outcome to the case, and a tough loss to the community", Hickman said during the news conference.

¯ K-9 officers did search around the home early during the search for Harley.

Investigators released a surveillance image of the last known sighting of Dilly crossing the street in front of his home on the 500 block of E. 5th Street wearing a thin maroon puffy jacket.

¯ The owners of the house did not visit it at any time while Dilly was missing.

Hickman thanked residents for their response assisting the search for Harley.

"You talk about people coming together in a time of need, that's exactly what we saw throughout the community and beyond", he said.