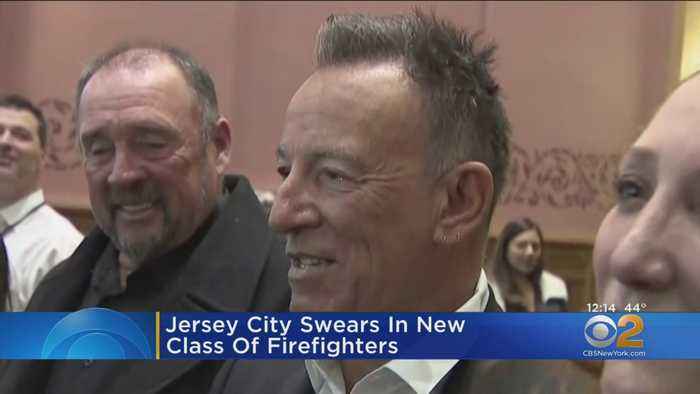 The son of New Jersey rock legend Bruce Springsteen is now a full-fledged Jersey City firefighter after being sworn in with 14 other plebes Tuesday by Fire Chief Steven McGill. "We are very proud", Bruce Springsteen told reporters at the ceremony.

With his famous parents looking on, Bruce Springsteen's son was sworn in Tuesday morning as a Jersey City firefighter at City Hall.

Boss and Scialfa were seated in the front row while their 25 year old son was sworn in in the last class. 'We're just excited for him today'.

"It's my son's day, so I'm staying away", said Bruce Springsteen.

In a photo-studded Twitter statement, Jersey City Mayor Steven Fulop that he is very happy to welcome Sam to the department.

NBC News reported that a smiling Sam said "it wasn't easy" when asked about the process of becoming a Jersey City firefighter.

It was a family celebration, with mom Patti Scialfa and the rest of the crew proudly congratulating the graduate.

The youngest of Bruce and singer-songwriter Patti Scialfa's three children had been a member of the Colts Neck Fire Department close to his folks' home.