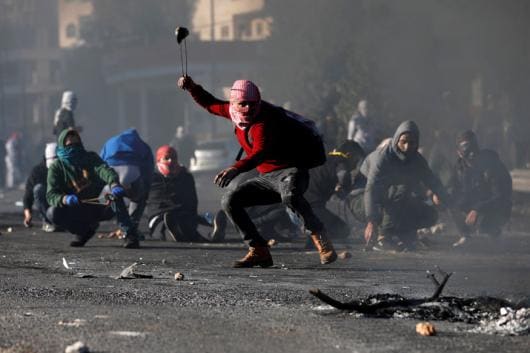 The remains of a balloon-borne explosive device that was launched from the Gaza Strip and detonated after it landed in southern Israel on January 16, 2020. No one was reported hurt, but the projectiles are said to have caused explosions.

Israel claimed it was responding to rockets fired from Gaza, the standard justification given by its military for such bombing missions. Such balloons are sometimes used to try and start fires in the Israeli farmlands and neighbourhoods near the border.

"Four rockets were just fired from Gaza at Israel".

Hamas, which rules the Gaza Strip, expressed its "sincere condolences" to Iran's leadership after Soleimani was killed in Baghdad on January 3 and hailed his support for the "Palestinian resistance", but did not issue any overt threat.

The rocket attacks were the first in almost a month, coming amid worldwide efforts to negotiate a truce between Israel and Gaza's ruling Hamas group.

The exchange comes after November 2019 saw some of the worst violence in months between two groups, after the Israeli military killed a senior Hamas commander.

Iran has for years sought to arm the Palestinian terror groups with rockets, mortars and missiles. They came amid global efforts to bolster an informal truce between Israel and Gaza's ruling Hamas militant group.