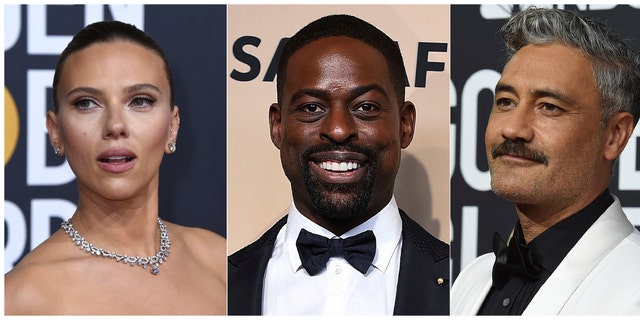 This combination of photos shows, from left, Scarlett Johansson, Sterling K. Brown and Taika Waititi, who will join Roman Griffin Davis, Jason Bateman, Lili Reinhart and Kaitlyn Dever as presenters at the 26th annual Screen Actors Guild Awards on Sunday, Jan. 19, 2020. Every year, the awards, which are voted on by actors and other members of the SAG-AFTRA guild, celebrate the year's best performances in film and television.

In West Hollywood, plant-based Gracias Madre will put the spotlight on cocktails with a brand new SAG Awards drink menu offered exclusively on its iconic patio.

Just before the awards begin, the stunt ensemble honorees for film and TV will be announced on the official pre-show. The show will also be available internationally as well as to US military installations through the American Forces Network.

On Sunday night, celebrities will head to the Shrine Auditorium and the Los Angeles Exhibition Hall for the annual awards ceremony, scheduled to honor the best talents on large and small screens.

The preshow live stream can also be watched on the Facebook and Twitter social channels for People, PeopleTV, Entertainment Weekly, InStyle, TNT and TBS. The show will also for the first time hold a red carpet livestream on Entertainment Tonight's YouTube channel. Leonardo DiCaprio will present the award to DeNiro on stage. Johansson is a nominee for both "Marriage Story" and "Jojo Rabbit", as is Kidman for "Bombshell" and the HBO series "Big Little Lies".