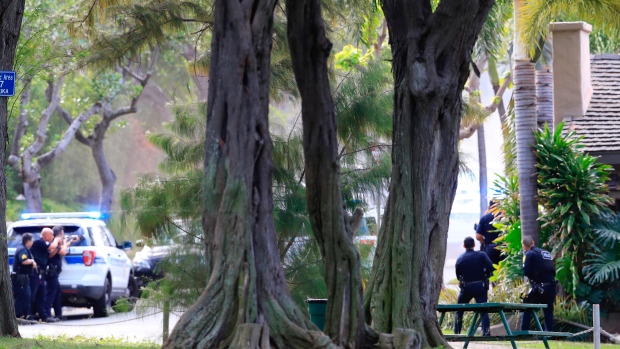 A gunman killed two police officers in Honolulu on Sunday as a fire that appeared to be deliberately set spread to homes near the upscale neighborhood of Diamond Head, authorities said.

HONOLULU-Hawaii's governor says two police officers have died after a shooting in Honolulu on Sunday.

The U.S. Bureau of Alcohol, Tobacco, Firearms and Explosives posted on Twitter that agents were responding to an "active shooter situation" in Honolulu.

A fire broke out in the home that is believed to be the source of shooting and Hawaii News Now reports that it "has spread to at least four other nearby homes in the area".

Honolulu Mayor Kirk Caldwell called the incident an "unprecedented tragedy" and offered his condolences to the family and friends of the slain officers.

As Euro Weekly News understands, a woman was stabbed at a home near Hawaii's Diamond Head State Monument on Sunday morning. A regional park is also nearby.

Ian Felix, a witness, told Hawaii News Now he recalled seeing a woman bleeding near the house where the shooting occurred as he walked with his mother.

Felix said he helped perform first aid on the woman until an officer arrived and put a tourniquet on her leg.

He and the officer picked up the wounded woman and carried her into a neighbour's garage across the street, he said.

According to court documents, Hanel had a history of violent behavior and a track record of making false 911 calls.

The complaint says he doesn't have a rental agreement to occupy the property and that he has refused to vacate, and asks that officials remove him from the property.

Hanel is presumed dead, but authorities said they are still searching for his body and the weapon. "He's kind of a quirky guy and had problems".

Hanel had mental health issues, including thinking the government was watching him and tapping his phone, said Jonathan Burge, his lawyer since 2015.

Cain was supportive of him in his disputes with neighbors, Burge said.

Burge said that Hanel had lived rent-free in the lower floor at the Hibiscus Drive home where the shooting took place and that he had forged a friendship with Cain.